How To Match Your Personality To Your Ideal Hawaiian Island

Hawaii is a diverse place. It’s made up of eight islands in a dramatic slash across the middle of the Pacific Ocean. You have access to six of these islands, you’ll find the majority of tourists on just four of them. But these four islands all offer something very different to suit your personality. 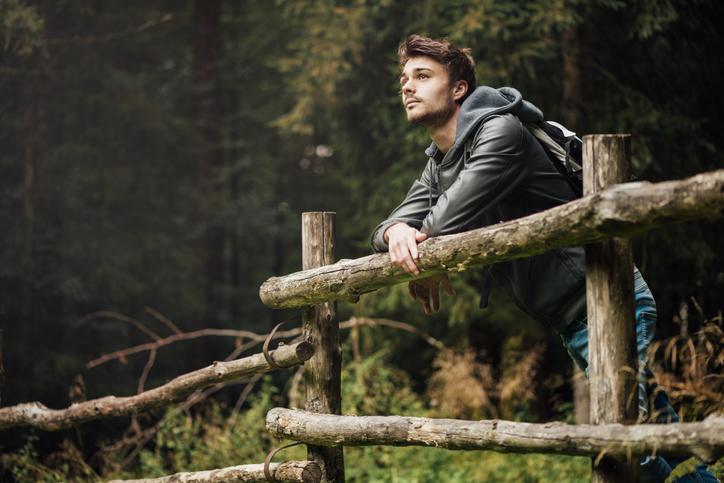 There’s an island that prides itself on verdant landscapes, invigorating hikes and an abundance of beaches. It’s the kind of place where the locals wake up early to the sound of roosters to conquer the island’s many natural wonders. They come back to town covered in red dirt with a big smile on their faces. And they gather around the bar to share a beer and story of the day’s adventures with one another. Then it’s off to bed early to recuperate for the next day’s adventures.

They call it “The Garden Isle,” and it’s the perfect place for the outdoorsy type. Kauai is the lushest of the Hawaiian Islands, and The Garden Isle offers up some of the state’s best outdoor activities. You can challenge yourself on the 13-mile, one-way Kalalau Trail up and down the Na Pali Coast’s many cathedral cliffs to a secluded valley ripe with fruit. You can descend into the “Grand Canyon of the Pacific” to explore Waimea Canyon’s many waterfalls. Or you can wake up early to beat the clouds to the North Shore Viewpoint after crossing Alakai; the world’s highest elevated swamp.

You can board a plane to explore the Mount Waialeale Crater which is the rainiest place on earth. All that rain creates a waterfall-covered cliff called The Weeping Wall inside the Blue Hole. And you can take advantage of all that interior rain by riding down irrigation canals on an innertube to the coast. You can also kayak the state’s only navigable rivers.

You won’t find any city on Kauai. The local government has banned the construction of buildings taller than a palm tree. That means you’ll have to hit happy hour as the bars on the island close early. That’ll give you plenty of time to sleep in order to tackle the next day’s epic outdoor challenges. 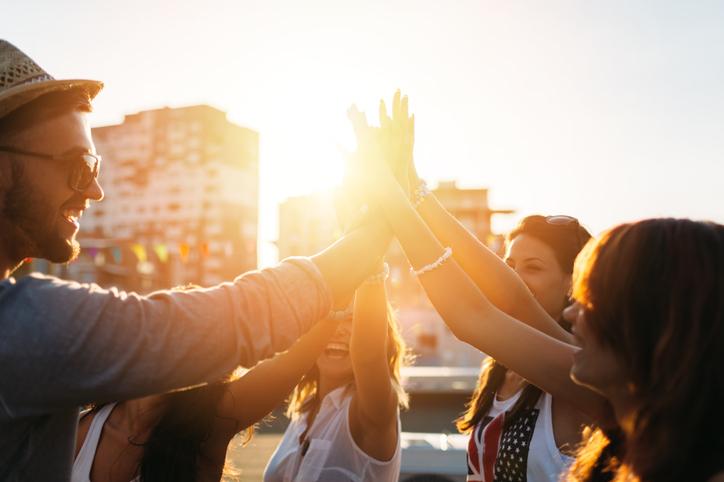 It’s hard to believe that they built such a big city on such a remote island when you’re landing at Honolulu International Airport on Oahu. The island is known as “The Gathering Place,” and it’s a suitable nickname. It’s where the majority of Hawaii’s 10 million annual visitors make a temporary tropical home.

Unlike Kauai, the city of Honolulu has the state’s best nightlife. The big city crackles with energy as hordes of visitors from around the world enjoy world-class international cuisine, a vibrant bar scene, and bumping clubs. It’s really easy to make friends on Oahu.

The world-famous Waikiki Beach is lined with towering resorts offering up every amenity in the books. You’re never too far away from a pampering experience at a spa or five-star restaurant. You can enjoy a meal on the sand near the surf, get a drink ordered to your lounge chair and relax on the white sand beach.

Of course, you’ll be surrounded by crowds of people. It makes for great people-watching, and the surfers testing their mettle out on the waves are mesmerizing, but Waikiki and the crowds are not for everyone. It’s the perfect escape for people who love 24-hour access to big city amenities; city folk.

But the city is easy to escape in a rental car. A short drive takes you to the somber Pearl Harbor monument, or you can fight through Honolulu’s famous traffic to break free onto the North Shore. You’ll leave the crowds behind to visit some of the best surfing beaches in the world. You can sample Hawaii’s best shave ice before jumping off an ocean cliff as they did in the movie “Forgetting Sarah Marshall.” 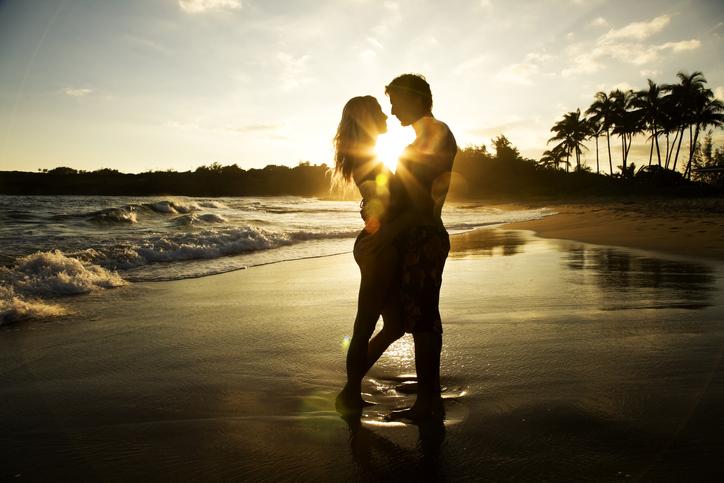 Bring up a map of Maui and you can make out two very distinct sections. It looks as if someone has fused two islands together. The larger “island” is on the eastern side and is crowned by the giant ---- Mountain. The smaller “island” is on the west. It is the former home of whaling stations that have now turned into romantic resort towns.

Maui has two world-famous features. The first is the Road to Hana. It’s a meandering coastal drive that will take you to secluded swimming holes, hidden rainforests, breathtaking viewpoints, invigorating hikes, and towering waterfalls. The road wraps itself around the island’s massive dormant volcano on the east coast, and, of course, the road takes you to the small city of Hana. The drive and its points of interest should take you at least a day.

The other world-famous attraction of Maui is Molokini Crater. It’s the top of an old island that has sunk into the Pacific to create a small half-moon island. The shallow crater is a safe haven for tropical fish and sea turtles. But you’ll have to board a boat to get to the crater which sits off the island’s coast. It’s a day-long tour that’s well worth the effort.

The two fused “islands” of Maui are pockmarked with some of Hawaii’s most beautiful beaches, and it’s even home to the state’s only nude beaches. And the island’s resorts are world-class yet scattered about old whaling towns. That means you can find a bit of seclusion with your loved one.

But the cat is out of the bag. Maui is an incredibly popular place for weddings. The island’s romantic sunsets, five-star resorts, and international restaurants make for the perfect destination wedding. That means you’ll have to share the island’s romance with a few others during your tropical vacation.

For Those Who Want Everything 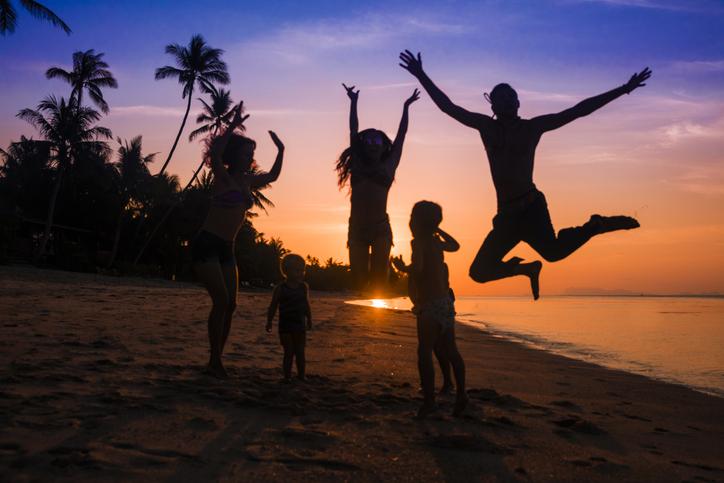 They call it “The Big Island” for a reason. The state’s largest island shares its name -- Hawaii -- and it’s massive. In fact, it continues to grow about 40 acres per year with an active volcano that pours new rock into the Pacific Ocean. It’s the only Hawaiian island where you’ll be able to visit lava and snow.

That’s right, you can sled and ski in Hawaii. The mountain that makes the big island is called Mauna Kea, and it is the world’s largest mountain if you measure from the seafloor. In the winter months, you’ll find locals shoveling snow into the beds of their trucks on the mountain’s peak.

And that mountain cuts the massive island into two distinct zones. In the west, you’ll find the city of Kona. It’s a Hawaiian word that roughly translates to an English sailing word -- leeward. It means the side of the island that is less likely to see a storm. The air on the west is consistently dry like a desert while the land is covered in volcanic rock.

The eastern side of the island is wet. You’ll find Hilo, the east coast metropolis, surrounded by rainforest and waterfalls. And with a mountain in between the Big Island’s two big cities with their disparate landscapes, you’ll find all sorts of different elevations and climate zones on the island. In fact, The Big Island boasts 10 of the world’s 14 different climate zones. That means there’s a lot to explore.

The mountain slopes are covered in coffee trees that produce Kona coffee. There’s a mini Na Pali Coast on the north shore. You can hike to one of the country’s two green sand beaches on the southeast of the island. The relatively young island is crowned by unique black sand beaches. And it’s the only island where you can safely visit a volcanic crater and its flowing lava under the protection of rangers inside Volcanoes National Park.

The island is so big that you’ll have to rent a car. And you’ll have to drive. A lot. But it is the perfect destination for those who want to see everything that Hawaii, and that much of the world, has to offer. It’s for the go-getters who don’t mind changing hotels and moving around during their stay. Seeing everything on The Big Island makes for the kind of adventurous vacation that can make you tired, but that suits some people.

Off The Beaten Path 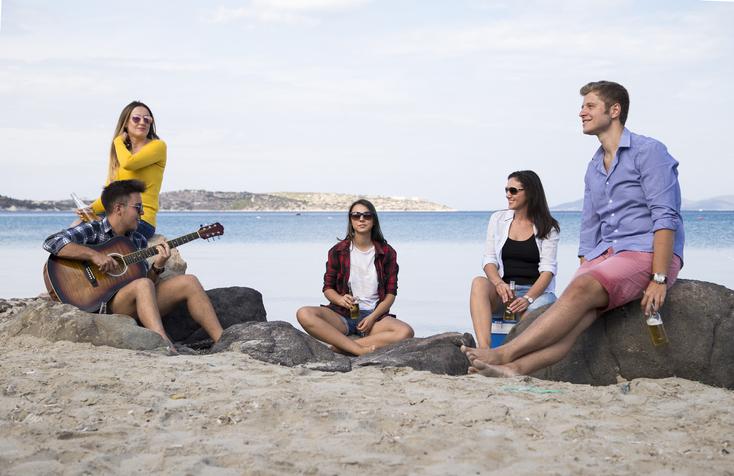 Remember, the state has eight inhabited islands. Four of them are famous -- Kauai, Oahu, Maui, and Hawaii -- while the other four are not so famous. But you can visit two of the remaining four islands if you want to really get away from it all.

Molokai and Lanai are open for business, but you won’t find much tourist infrastructure on these local islands. In fact, it’d be difficult to find a street light on either of these remote isles. But that just might suit you.

Visiting Hawaii’s lesser-known islands will have you get away from it all. You might find yourself renting a local’s house, cooking your own food, and making your own way down to secluded beaches and along locals-only hiking trails. It’s for the adventurous traveler that loves to carve their own path. And then loves to humble-brag about taking the road less traveled on social media.

If you've never been to Hawaii before... go to Oahu or Maui. These well-trafficked islands will help you get your bearings in the Aloha ...

Which Island To Visit In Hawaii Best Fits?

As you can see, the islands are very different from one another. Each is a tropical paradise, but each offers its own unique experiences.

What Island Fits Your Personality Best?

Hawaii is a huge tourist attraction and many people travel there from all over the world.

Everything You Should Know About Planning a Trip to Hawaii

When it comes to food, Hawaii is the tale of two sources -- the chain grocers and the local growers.

Aloha" means mutual regard and affection and extends warmth in caring with no obligation in return.

What Does Aloha Culture Mean?

A trip to Hawaii can really add up. But don't fret. There are plenty of free Hawaiian activities that can keep you busy for days. Here are a few:

Free Things To Do In Hawaii For An Affordable Hawaii Vacation