Volcanoes National Park sits on the southeast side of The Big Island, and, for decades, it was the most reliable lava viewing location in the world. The park contains the Halema’amu’u Crater with a nearby visitor’s center and viewing platform. The crater used to contain an ever-present cauldron of bubbling molten rock, and Park Rangers at the visitor’s center kept the viewing platform safe for visitors. You could even visit at night when the lava glows under one of the darkest skies in the world. 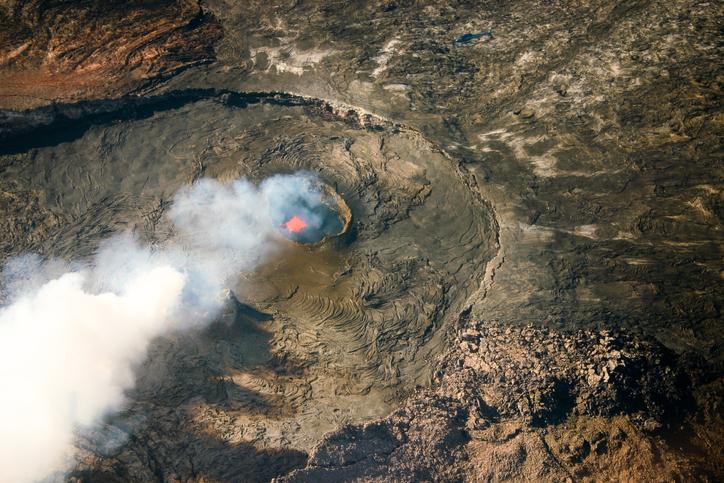 Unfortunately, a May 2018 eruption changed the landscape inside the park. The crater has drained, and so has its sister crater -- the Pu’u O’o Crater. Lava no longer flows inside the boundaries of the park, but rangers are convinced that the lava will someday return.

Volcanoes National Park has seen its fair share of eruptions, and you can still visit some of the devastation left behind by history’s more memorable volcanic episodes. The lava has drained from the park twice in the 20th century only to return a short time later, and experts believe that the lava will return yet again.

But a visit to Volcanoes National Park is still worth the effort despite the current lack of lava. There are variety of hiking trails that take you to a massive now-dead volcanic crater, and the tracks all have unique names like The Devastation Trail. You can also pop into the visitor’s center to learn all about Hawaii’s fiery past. While you’re there, make it a point to ask a ranger where the lava is currently flowing. 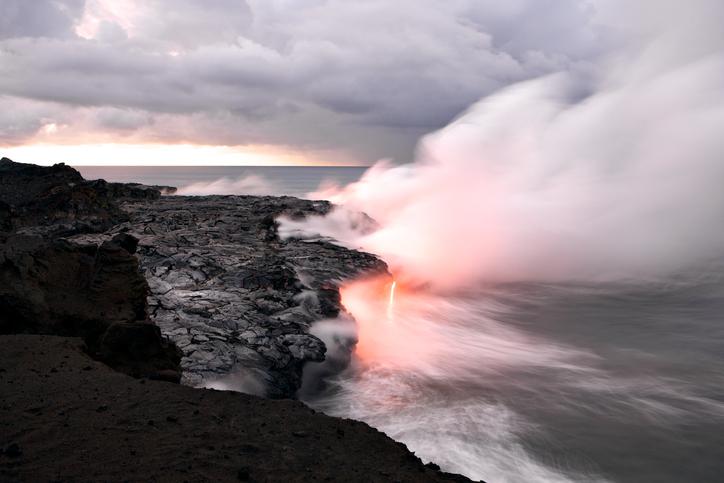 Both Mauna Kea and Kilauea have been known to erupt inside Volcanoes National Park. Mauna Kea erupts every six years, or so, but Kilauea has been erupting constantly since the 1980’s. The May 2018 eruption did not stop the flow of lava from Kilauea. The still-erupting volcano has simply decided to change locations, and you can still hike to its devastation.

You’re likely to find lava flowing in an area called the Lower East Rift Zone. Here, Kilauea’s lava slowly flows downhill and into the Pacific Ocean to continually grow the Big Island. This newly formed side of the island is simply a field of craggy volcanic rock, so you’ll need some sturdy shoes, sunscreen and plenty of water if you plan to hunt the lava on foot.

You’ll be surprised to find houses built on stilts atop the volcanic rock inside the Lower East Rift Zone, and you’ll be able to drive a road of crushed rock through most of the area. You’ll eventually drive to a barrier which restricts further vehicle traffic. Park here to join the crowd marching down the road the rest of the way. 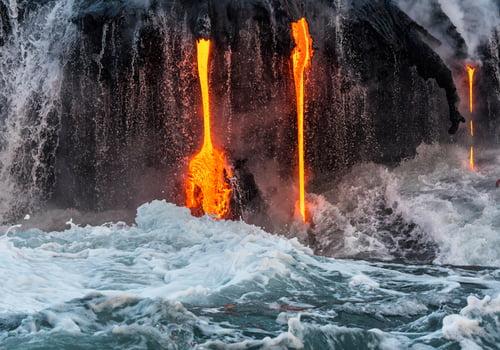 On the horizon, you’ll see a massive plume. This is a spire of ash and glass shot into the sky by the cooling lava as it hits the ocean. Officials are very good at cordoning off the area, so make sure to obey all posted signs. If you’re lucky, you’ll be able to see lava flowing above the surface like a river. Otherwise, the lava is hiding. It is flowing just underneath the hardened volcanic rock in a lava tube. And you won’t be able to get too close to the molten rock as the heat becomes unbearable about 50 yards away.

You can also fly above the eruption sight with a plane tour, or you can board a boat that will take you to the pour-point so that you can see the lava drop into the ocean to form new land. Just remember that volcanic activity is nearly impossible to predict. Kilauea may not be very active during your visit, or you might experience an eruption during your vacation. Just make sure to do your research the day you set out to hunt for lava so that you know that you’re not wasting your time.

Join Wes in search for the Big Islands best surf. Everything from beginner waves to expert reef breaks. Each adventure is based on the ...