Notice: Undefined index: unitType in /home/prod/public/apps/discover/model.php on line 581
 Should I Go To Oahu Or Kauai? | Hawaiian Planner

Hawaii is made up of eight major islands in a southeast-to-northwest slash in the middle of the Pacific Ocean. Four of those eight islands are where you'll find the tourists and the tourism infrastructure. Among those four islands, Kauai and Oahu are the westernmost, but they couldn't be any more different.

Kauai is The Garden Isle. It's quiet, lush and full of outdoor adventure. Oahu is The Gathering Place. It's where you'll find the state's biggest city as well as some of its best resorts. Picking the right island can make for an unforgettable tropical experience. It all depends on your personality. 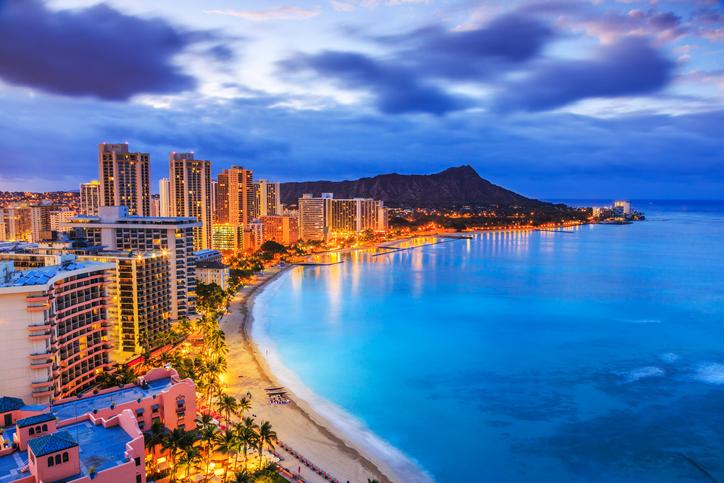 Oahu has been known as The Gathering Place for centuries, and the ancient nickname still fits. Oahu is where you'll find the towering city of Honolulu and Hawaii's international airport. Many of the flights to the other islands, including Kauai, connect here in the big city. Hence the name The Gathering Place.

Honolulu is a big American city. It has all the infrastructure, amenities and comfort of any other major American city. It features high rise buildings, towering five-star resorts, and the beautiful Waikiki Beach. The city has the best nightlife in all of Hawaii, and it's where you'll find an incredible international fare. Visitors from all over the world make Honolulu their sole Hawaiian vacation destination, so it's really easy to make friends.

The Gathering Place features some of Hawaii's most iconic landmarks. Waikiki is where the Duke learned to surf, and you'll find some of Hawaii's nicest resorts lining the sand. You can hike up Diamond Head to get a beautiful view of the city and its surroundings, and a 20-minute drive takes you to the somber Pearl Harbor.

All the amenities of a big city come with certain drawbacks. It can be crowded on the roads, in the resorts, and on the beach. But there is an escape. You can rent a car to drive to the much quieter countryside of the north shore to escape the city and its traffic.

You'll pass the Dole Plantation which still stands as a historical reminder of Hawaii's harsh economic past when the land and its people were exploited for the sweet exports of sugar and pineapple. Then you'll arrive on the north shore where you'll find cliff jumping, some of the best surfing in Hawaii and the state's best shave ice. Many visitors choose to stay a few days in the city and a few days on the north shore as a change of pace.

Kauai couldn't be any more different from Oahu. You won't find any city here. The closest you'll get to urbanization is the small port town of Lihue where you'll find a small collection of big box stores like Costco and Sears. The island's government has made it illegal to build any structure taller than a palm tree which makes even three-story buildings rare.

And you won't find much nightlife save for a few local bars that shut down well before the state's mandated 2:00 a.m. closing time. Your best bet for a late-night party is to join a bonfire surrounded by locals on Polihale Beach. And parts of Kauai feel so remote that you'll be removed from the creature comforts of the mainland. There's one 24-hour grocery store in Kapaa and that's about it for convenience.

But what Kauai lacks in instant gratification amenities, it more than makes up for with rugged beauty, hiking, and verdant land. It earned the nickname "The Garden Isle" because of its lush landscape. You're likely to be able to pick starfruit, avocado, guava, lemons, limes, and coconuts as they grow wild, and Kauai features some of Hawaii's most jaw-dropping landscapes.

The Na Pali Coast towers on the western side of the island, and Waimea Canyon, known as the Grand Canyon of the Pacific, is tucked just behind the coast's cathedral cliffs. Puff the Magic Dragon, a mountainscape in the shape of a slumbering dragon, can be seen on the shores of Hanalei Bay in the north. And Polihale Beach, on the constantly dry, clear and hot west coast, is one of the few places you can see the interspecies play when humpback whales throw spinner dolphins into the air.

Kauai is perfect for the outdoorsy types that love to burn off energy by day and slumber by night. Head down to the Olympic Cafe in Kapaa at sunset to find locals talking about their day's adventures still stained with red dirt to share your stories. Have some freshly caught seafood for dinner, a few drinks and then head back to your accommodation for a hot shower and a comfortable bed. Then do it all again the next day.

Which Is Right For You

Here's a simple exercise. Close your eyes. Imagine Hawaii. What do you see? 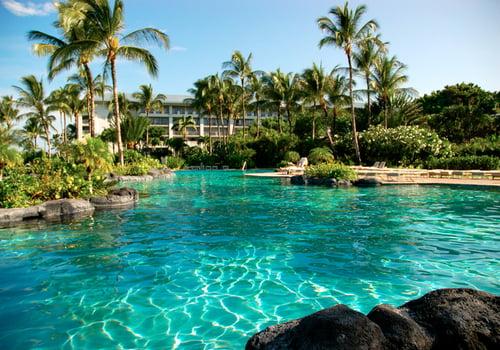 Whichever island you choose, fight the urge to island-hop between the two. Each island has so much to explore that you shouldn't sell yourself short with time. Spend at least seven days on your chosen island to get the full experience, but, if you have more than seven days, feel free to pop over to the other island for a taste. Best case scenario, you have 14 full days for your trip, and you split the time between these two incredible and very different Hawaiian paradises.