Five Best Places to See a Sunset in Oahu

Oahu is the beating heart of Hawaii despite the fact that the island itself is not central to the archipelago. It’s a bit west of the center and it is a relatively small island. But the massive city of Honolulu, complete with its international airport, sits on its southern shores. 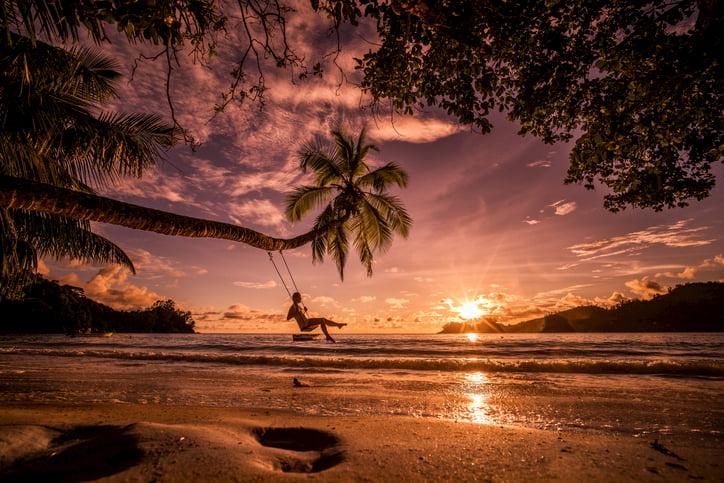 And it’s this massive city that defines the island. The city’s skyline, with its towering resorts and indomitable Diamond Head volcano, is the first image of Hawaii for many international tourists. And it is quite an impressive sight out of an airplane’s window. Just don’t get used to it.

None of the cities in the rest of the state -- from Kauai to Maui to the Big Island -- even come close to matching the might of Honolulu. And it’s this city, with its vibrant nightlife, the melting pot of culture and economic power, that makes Oahu the heart of Hawaii.

But Oahu is more than just a city. The north shore is one of the best surfing locations on earth. It even hosts the Vans Triple Crown of Surfing Championships which is touted as the best competition on the planet. And you can escape the city for surfing, cliff jumping, shave ice and turtle beach on the north shore in less than an hour.

And that’s what makes Oahu so special. You can enjoy the bumping nightlife and world-class restaurants of Honolulu before finding your quiet place in another part of the island. And each of these settings has its own wonderful place to catch a beautiful, warm and colorful tropical sunset. 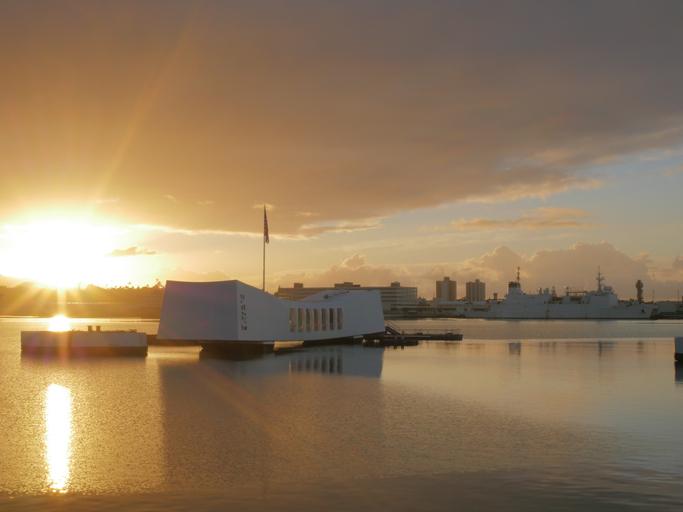 You can find Pearl Harbor National Monument just to the northwest of the city of Honolulu. In fact, it’s only a 10-minute drive from the city’s international airport. It’s an incredibly beautiful yet somber place, and it marks the site of Japan’s unprovoked December 7th, 1941, attack on the stationed United States fleet that killed 2,335 people.

Japan surprise-attacked the U.S. fleet in order to gain dominance over the Pacific Ocean. The bombers flew over the island from the north to make their attack, and many of the island’s locals could hear the buzz of low-flying engines on that fateful day. But the attack finally inspired the United States to join World War II, and the U.S. would become the demise of the Japanese Empire in 1945.

The monument is somber. You can ride a Navy boat out to the sunken remains of the USS Arizona, marvel at the firepower of the USS Battleship Missouri and board the authentic USS Bowfin submarine. The monument also has a beautiful museum as well as the Oklahoma Memorial.

Unfortunately, the monument itself closes at 5:00 p.m., but that shouldn’t dissuade you from watching the sunset on this important piece of history. The good news is that, on the monument side of the harbor, you’ll be facing west, and you can watch the sunset right over the harbor at the Neil Blaisdell Park. You’ll have the monument to your south and the warm setting sun to over the harbor. It’s a beautiful way to never forget. 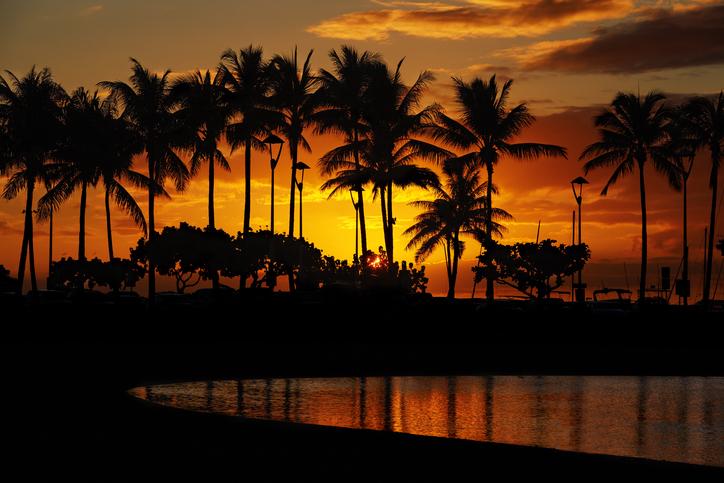 After the show, you can take a casual stroll down the beach while the sun sets in the distance. Waikiki faces south, so you’ll have to look over your right shoulder to see the sunset, but the oranges, reds, and purples shimmer over the city of Honolulu. And Waikiki is a great place to people watch.

This is Hawaii’s most iconic beach. Situated right in the heart of Honolulu, Waikiki is always packed with international tourists and locals alike. It’s the place to see and be seen on Oahu, so there’s no better place to see people than Waikiki. If you’re into big-city crowds, then this is the sunset spot for you. 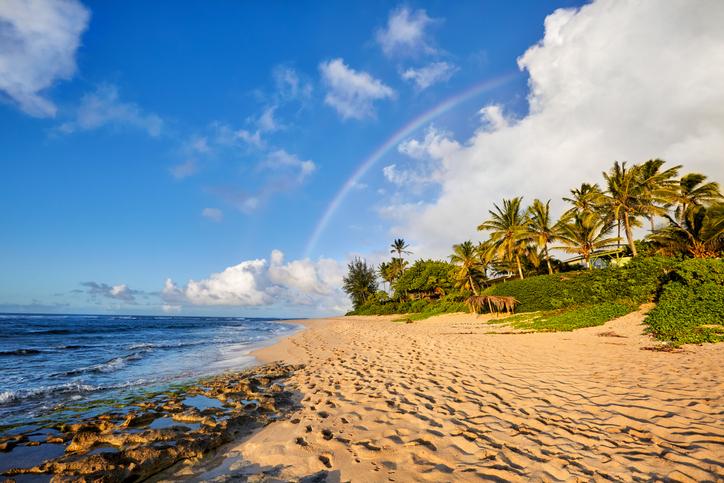 Sunset Beach is famous the world over, and it’s not famous for its sunsets. It is one of three north shore Oahu beaches that hosts the annual Vans Triple Crown of Surfing Championships. And the world’s best surfers flock to this beach for its epic waves. However, the waves aren’t always there.

Hawaii has but two seasons -- dry and wet -- and the waves come during the “wet” season. Of course, the wet season takes place during the winter months. Normally, each winter day, the humidity builds until it’s released by a short afternoon rain shower, so it’s not much of a wet season at all. The temperatures are just a few degrees milder during the wet season, but the most noticeable difference is the surf.

Winter brings the waves. The swells grow taller, the waves grow mightier and the currents are stronger during the winter. And these winter waves are what the surfers love.

During winter, you can pull up a beach blanket, watch world-class surfers ply their trade and enjoy the sunset. And the white sand of this beach turns a hue of orange when the sun dips into the ocean to add to the beauty of the whole scene. Nothing could be more Hawaiian.

But you can make a day of Sunset Beach during the summer. That’s when the calm waters roll into Hawaii. Sunset Beach’s waves all but vanish to transform the surfer’s paradise into a snorkeler’s and swimmer’s dream. You can spend the afternoon sunbathing, swimming, snorkeling and then you can stay for the sunset. 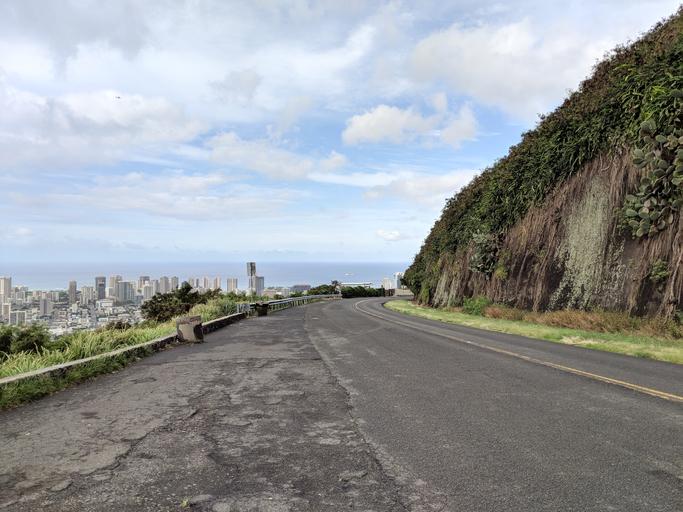 If you haven’t noticed, Diamond Head has not made this list. That’s because the popular dormant volcano closes to hikers before the sun has a chance to set. But you don’t have to worry. There’s an even more spectacular elevated view over the city of Oahu, and this one lets you peer down into Diamond Head.

Tantalus Lookout is at the end of Tantalus Drive. The lookout sits atop a 1,048-foot hill that overlooks the city of Honolulu. Off in the distance, on a clear day, you can look down into Diamond Head’s crater.

The lookout allows you to marvel at the sheer size of the city. Of course, you can see all of Waikiki’s towering resorts out your plane window when you land in Honolulu, but Tantalus Lookout allows you to see the city’s sprawling inland suburbs. You’ll also get uninterrupted views of Waikiki, and you can watch as the beach’s towering resorts cast their shadows on Honolulu’s inland suburbs.

But the drive up to the lookout is half the fun. You’ll be going from sea level all the way up to 1,048 feet in no time. That means you’ll be swerving on switchbacks through the beautiful suburb of Manoa.

Once at the top, you’ll be greeted by a beautifully manicured patch of grass that is perfect for a picnic. There are bathroom facilities at the top of the hill, too. And, if you’re really lucky, you’ll see storm clouds roll through the valley below to leave a rainbow in its wake. 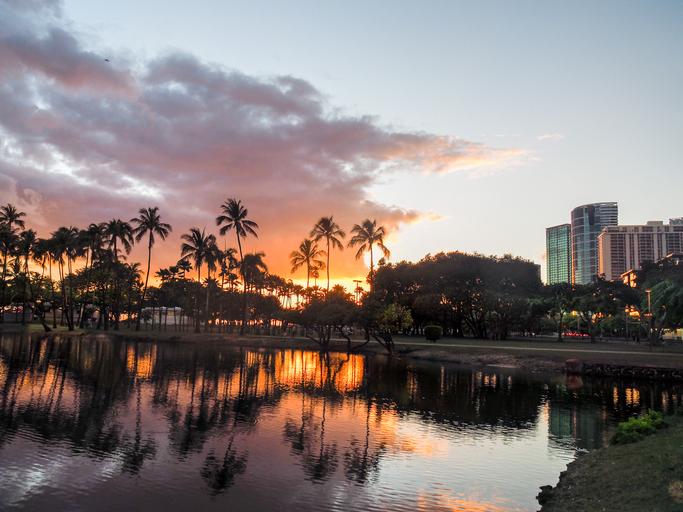 Just to the west of Waikiki, across the marina, you’ll find the less famous Ala Moana Beach Park. This beach is a great way to enjoy the white sand and beautiful blue waves while escaping the larger crowds over at Waikiki. And the beach is still in the heart of Honolulu.

But what makes Ala Moana Beach Park perfect for the sunset are the sunset benches. Walk to the eastern end of the beach towards Waikiki and the marina then turn south onto the Magic Island. It’s a beautiful walk along well-signposted paths. Before you know it, you’ll be at the end of Magic Island at Magic Island Lagoons.

You can walk around the lagoons a bit. What you’re trying to do is get to the very end of Magic Island itself. There, you’ll find benches that have been seemingly installed to look out over the water for sunset. And the best thing about this sunset perch is the fact that it allows you to watch the sun dip into the water. Being at the very end of the peninsula means you can look out over Mamala Bay at the setting sun.

Visitors traveling with children - or who want a quick break from the hot and sunny beach - may enjoy a visit to the Waikiki Aquarium.

Top 10 Things To Do on Oahu

Whichever island you choose, fight the urge to island hop between the two. Each island has so much to explore that you shouldn't sell ...

Honolulu is an international city that draws some of the world's best chefs. You'll find an array of incredible food on offer in The Gathering Place.

Many of Hawaii's customs have been imported. Taking your shoes off at the door comes from Asia.

Why We Take our Shoes Off in Hawaii and go Barefoot

The Big Island's defining feature is the best place to watch the sunset, but you need to be prepared. Standing more than 13,000 feet above ...