Kauai's North Shore Has Reopened, But With Different Rules

One year ago, residents of Kauai’s majestically beautiful north shore woke up to something truly magical -- massive buffalo roaming Hanalei Beach. Mystified locals and tourists snapped photos of the rare beasts against the backdrop of the misty mountains of Kauai’s interior. And the world wondered where they’d come from.

In some ways, the surreal event overshadowed the natural disaster that had set the buffalo free. The domesticated pets were released from a north shore farm after torrential rains forced the farmers to fear for the animal’s safety. And nobody saw it coming.

In April of 2018, the National Weather Service warned of potential rain. Locals and tourists scoffed because the north shore of Kauai is densely lush and verdant. Rainstorms frequently feed the Garden Isle’s flora. But this storm was different. 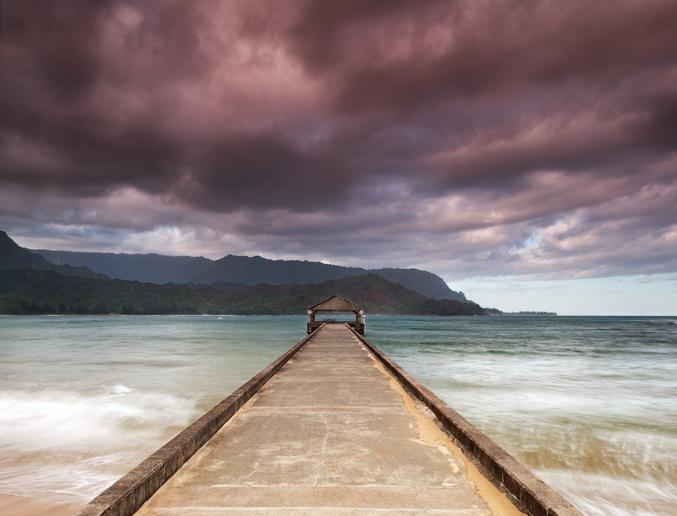 The skies opened up for nearly two days to drown the north shore with an astounding 53.57 inches of rain. It overwhelmed the remote infrastructure of Kauai’s north shore, and many of the island’s one-lane bridges went under. And, worse yet, the giant cliffside that descends the Kuhio Highway down to the Hanalei Valley’s floor collapsed. A mudslide cut the north shore off from the rest of the world. Jet skis, boats, and helicopters were employed to rescue stranded locals.

The flooding was so bad that the owners of those mysterious buffalo let the animals free to fend for themselves before seeking personal safety. There was simply no way to evacuate the beasts.

Mudslides and unstable ground forced the Kauai government to close the Kuhio Highway at its westernmost edge. The beautiful Ke’e Beach, Hanakapiai Falls Trail, the world-famous Kalalau Valley Trail, and Haena State Beach Park have been closed to the public for more than a year. And a road stabilization project had reduced traffic to Hanalei Town to one lane. 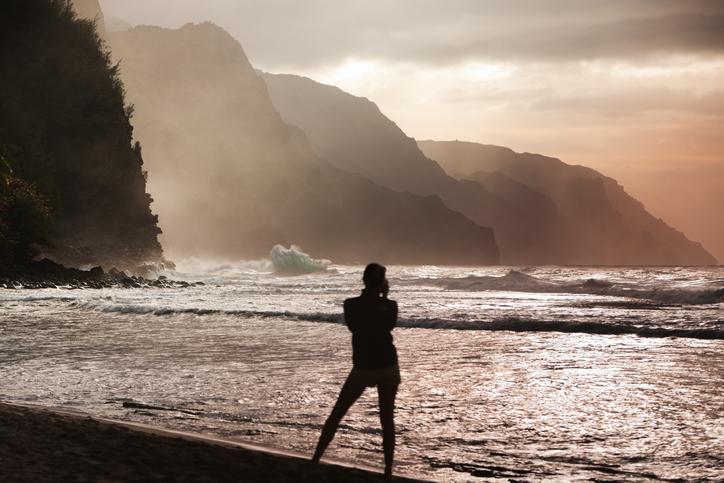 This led to the misconception that the north shore of Kauai was “closed.” But, in reality, only portions of the north shore have been shut off to the public, and the traffic caused by the construction on the way to Hanalei had only slowed down by about five to 10 minutes.

Now the last bit of the Kuhio Highway, Ke’e Beach, Haena State Beach Park, and Hanakapiai Falls and Kalalau Valley Trails have reopened as of June 17th, 2019. The entirety of the north shore of Kauai, with its beautiful vistas, beaches, botanical gardens, and trails, is accessible once again.

But the grand reopening comes with a new set of rules exclusively for tourists.

Ke’e Beach is one of Hawaii’s most beautiful. It sits in the shadow of the Na Pali Coast’s northernmost cathedral cliff, and intrepid hikers summit and descend each and every cathedral cliff for 13 miles to Kalalau Valley on the trail of the same name. The trailhead can be found inside Ke’e Beach’s parking lot. And the indomitable Hanakapiai Falls can be found on an offshoot of the Kalalau Valley Trail just over the first cliff. It’s a hike that can’t be missed. 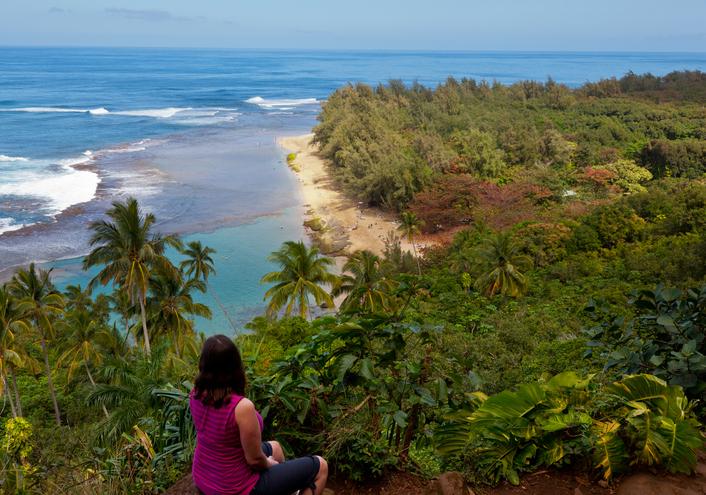 But now you’ll have to register for the hikes and Ke’e Beach while paying a fee. Due to the damage caused by tourists on the north shore’s popular trails, the Kauai government will now cap visitors to 900 per day. And this visitor cap will be enforced at a controlled entry point manned by rangers.

It’s all part of the Haena State Park Master Plan which was passed by the island’s government back in May of 2018 in direct response to the devastating floods. And you’ll have to make the reservation by paying an online fee in advance. This rule does not apply to locals with a valid ID.

And the Kauai government plans to crack down on illegal parking. Many tourists simply parked along the Kuhio Highway near Ke’e Beach when the remote beach’s parking lot filled up. This would result in a $70 parking ticket that could be reduced to $35 with a little bit of effort. But now the fines will increase more than double to $200 per infraction. 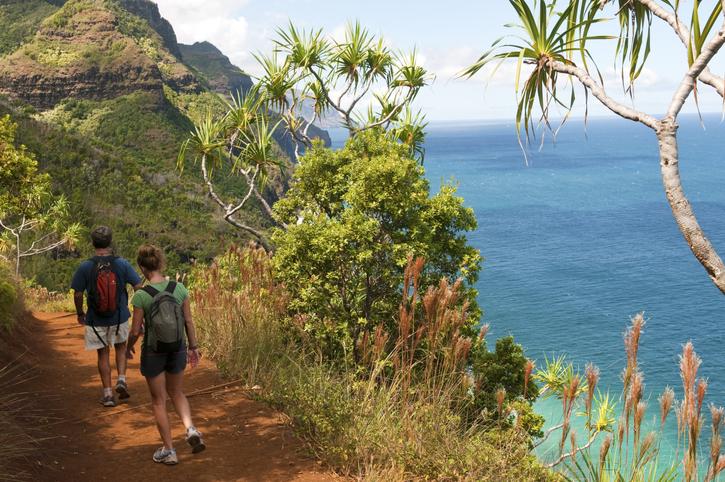 You’ll have to arrange for a ride to the trailhead via taxi, Uber or shuttle, but, even more tricky, you’ll also have to arrange a ride back when you’re done. Cell service is spotty at the end of the road.

These new rules apply to every non-Kauai resident, even residents of other islands, and it doesn’t matter how you get to the controlled entry point. Walk, shuttle, drive or bike -- you’ll be stopped by officials asking for a reservation and proof of payment.

Kauai officials are aware of the burden these new rules will place on tourists, so they’ve come up with a solution -- a north shore shuttle. The Kauai North Shore Shuttle began running in June of 2019, and your entrance fee to Haena State Beach Park and beyond is included in the ticket. Tickets range from $2 to $11, and the bus runs seven days a week between 8:00 a.m. and 5:00 p.m.

The Lumahuli Garden and Preserve 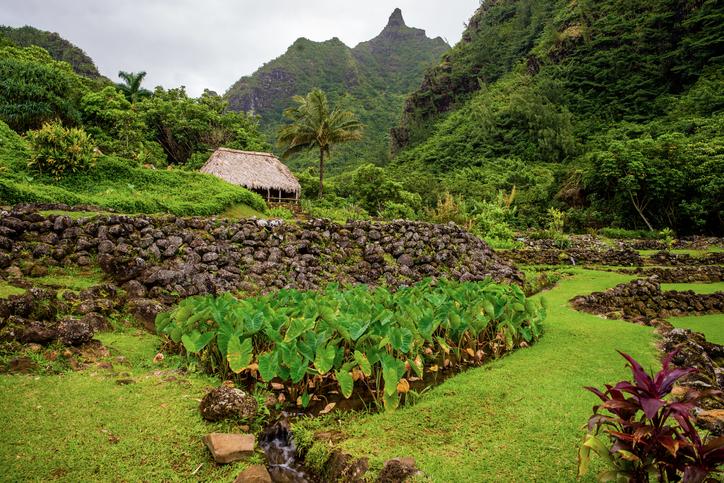 There’s a breathtaking botanical garden near Ke’e Beach at the end of the road inside of Kauai’s new north shore control zone. It was mostly destroyed during the flooding, but it’s now been rebuilt. The garden, which is part of the National Tropical Botanical Garden inside of Haena Beach Park, is encouraging more sustainable tourism.

Visitors will now need to arrange for tours of the garden ahead of time, and garden officials encourage visitors to take advantage of the new north shore shuttle system. You can make reservations for a visit online or over the phone.

Kauai is the quietest of Hawaii’s big four tourism islands -- Kauai, Oahu, Maui, and The Big Island. It’s also the least visited, and locals like it that way with the shared urge to protect their impressively beautiful Ohana. Ask any Kauai local, and they’ll say to keep the island’s beauty “Kauai-it” to discourage tourism. 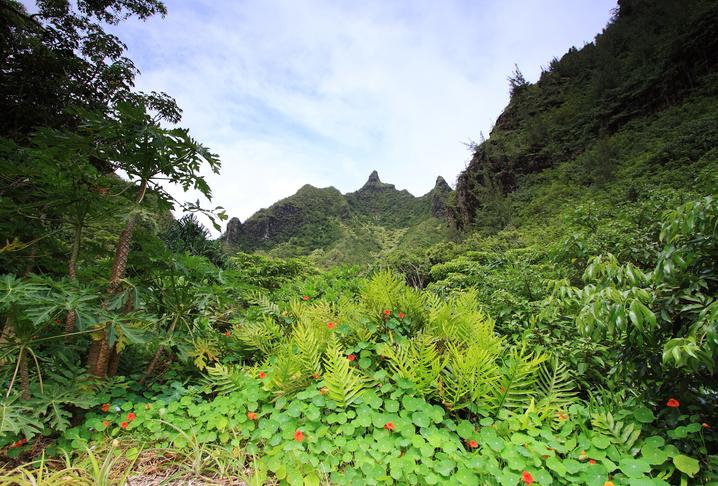 Kauai is arguably Hawaii’s most beautiful isle, but its incredible natural wonders are difficult to access, and often require an intrepid hike or even a helicopter.

But the Garden Isle saw a surge of visitors in 2018 as hurricanes hit Caribbean destinations to displace tropical-loving tourists. This year, Kauai has seen a near 5% decrease in tourism, and much of that drop can be blamed on the notion that the north shore is closed.

One can only guess how these new north shore rules will impact the tourism industry. The word might get out that the north shore is reopened to see a surge of tourists, or the new rules may discourage Kauai’s alluring ecotourism. But there is one thing that’s certain -- the north shore’s natural treasures will endure less of a tourist footprint, and, in the long run, that can only be a good thing for the Garden Isle herself.

And if you want to enjoy Kauai’s breathtaking beauty in romantic solitude, then you might want to keep it “Kauai-it,” as well.

You may have heard the word in passing right when you landed. A person may have placed a lei around your neck at the airport to tell you ...

The Real Meaning of Ohana in Hawaiian Families

Currently, there are only two airlines offering flights between islands -- Hawaiian Air and Mokulele Airlines.

Is It Hard Visiting Multiple Islands in Hawaii?