Notice: Undefined index: unitType in /home/prod/public/apps/discover/model.php on line 581
 What Is A Hawaiian Luau All About And Which Ones Are The Best? | Hawaiian Planner

What Is A Hawaiian Luau All About And Which Ones Are The Best?

It is said that an ancient Polynesian island was overpopulated hundreds of years ago. Brave shipmen and their families dared to board outriggers to sail off into the ocean looking for new land. It was an honorable sacrifice to leave everything behind, and that sacrifice led to the founding of Hawaii among many other islands.

The descendants of those original Polynesian settlers still live in Hawaii today, and their ancient traditions have been passed down through the ages. Aha’aina, now known as a luau, is one of these traditions, and you can take part in the festivities during your Hawaiian vacation. 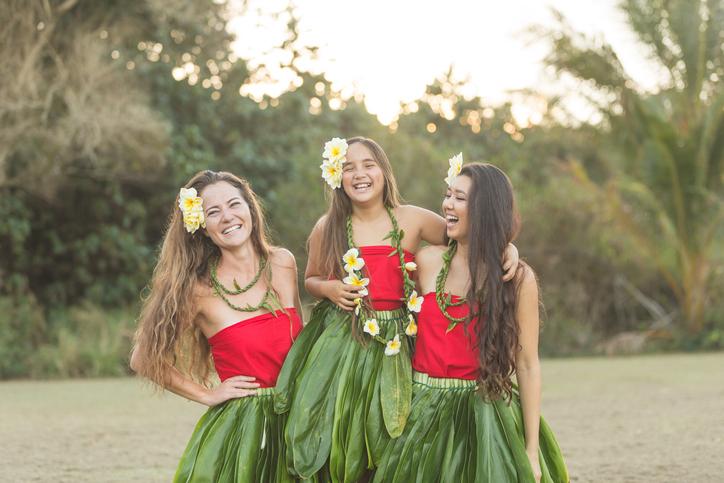 Luau was originally known as Aha’aina. It's a word that refers to the edible taro leaves that food was traditionally wrapped in before being cooked in an underground oven known as an imu. The Aha’aina, or luau, was a celebration; a way for the village to come together to commemorate a special occasion. The ancient Hawaiians celebrated the birth of children, successful battles and even abundant harvests. 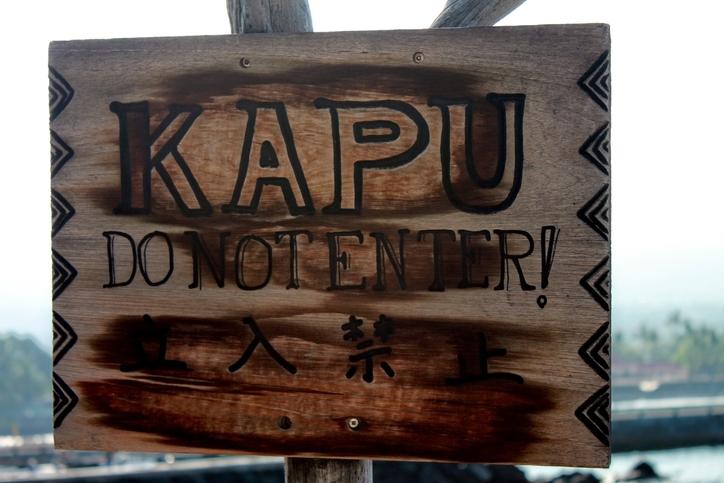 The ancient Hawaiians enforced a Kapu system for centuries. Kapu, meaning "taboo," was a set of rules that governed society, and the Kapu was not so kind to women. The original luaus, or Aha’aina, segregated the men from the women as the kapu stated that the genders could not eat together. And many of the luau's traditional foods were forbidden to women including pork, bananas, and certain types of fish.

The traditional ruler of Hawaii abolished the Kapu system in 1819, and the luau began to grow in popularity. Now hotels and other businesses throw weekly luaus to celebrate your vacation in Hawaii. 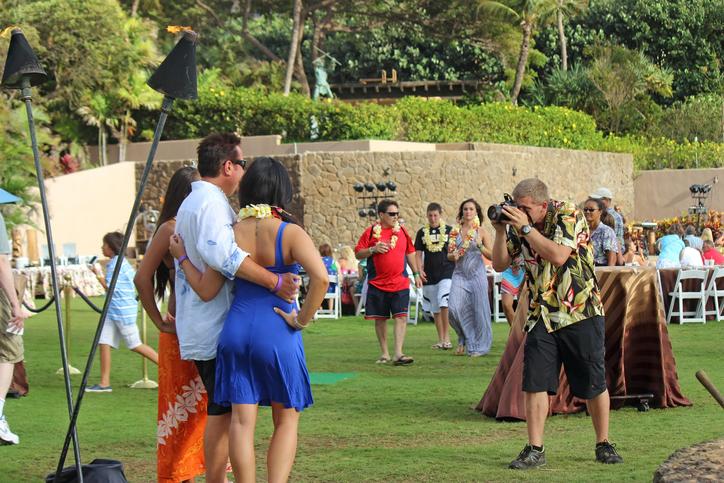 The modern luau often takes place outdoors on beautiful grounds. Many seaside hotels host luaus on beautifully manicured lawns. The luau takes place as the sun sets, and you'll usually be greeted with a lei as you enter the grounds.

You'll see many communal dining tables among fields of tiki torches, and there will always be a stage as the main focal point. You should get to your luau a bit early to grab seats with the best view of the stage. Some luaus offer upgraded seating near the stage with enhanced service and nicer leis. You can usually score yourself an upgraded seat for $20 to $30.

You'll see a bar, a spread of food being prepared underneath a tent and you may even see a roaming dancer. And there should be a band on stage to serenade the guests with ukulele music as they enter the grounds.

Alcoholic beverages may or may not be included in your luau's price, and some luaus only make certain drinks free, but you should feel free to grab a drink at the bar long before the luau officially kicks off. Then you just sit back, enjoy the sunset and talk to your friends and family. And the communal tables make it easy to make friends from all over the world. 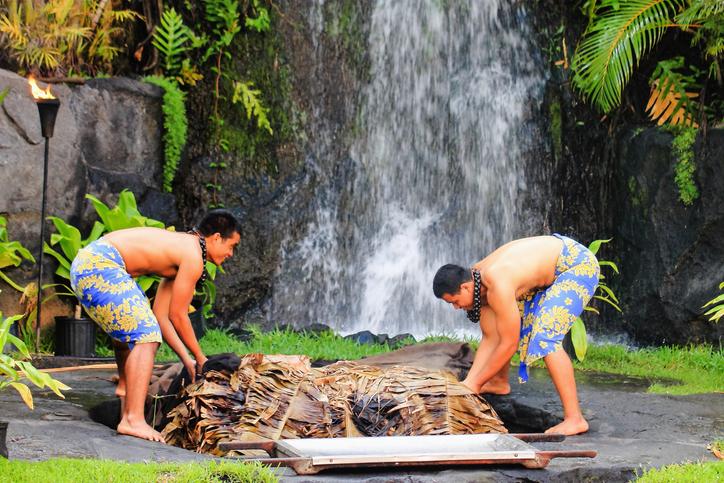 The star of the luau is the Kalua Pig. Men dressed in traditional Hawaiian garb will bring out a whole pig. They'll dig a hole in the ground, light a fire in the hole and then they'll wrap the pig in leaves. They'll then bury the pig into the ground on top of the hot coals.

The meat steams inside the leaves and none of the moisture is able to escape the underground oven known as an imu. It takes hours to cook the pig, so the preparation takes place before the luau begins, but removing the pig from the ground happens in front of everyone. In fact, they'll make a little show of it just before dinner.

You can crowd around the imu as they open up the ground. The rising steam is mouthwatering. The men will then show you how tender the meat is by pulling some of it off the bone in front of the crowd. You'll hear a few ooh's and ahh's before the entire pig is carried away to be prepared for dinner. 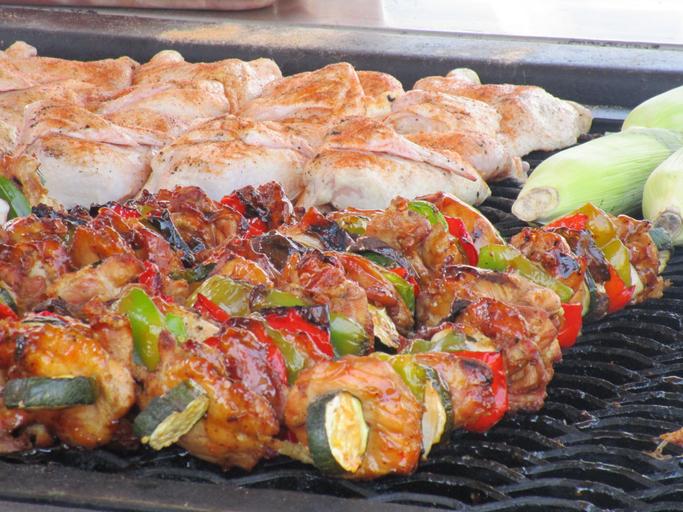 Each table will be called to the tents for dinner after the pig has been pulled apart. You'll be treated to a buffet that seems to go on forever, and you're not likely to recognize some of the dishes:

Poi -- Taro is the root vegetable that supplied the ancient Hawaiians with nearly all of their carbs. It is a purple vegetable that resembles a sweet potato, and you can feast on the traditional preparation of this starch at a luau. You'll find a thick purple pudding-like dish known as poi. It is taro root crushed down with a little bit of water, and it has a neutral starchy flavor. This dish is controversial. You'll either love it or hate it.

Laulau -- Your luau may or may not have laulau because it is very similar to Kalua Pig. Traditional laulau is pork slices wrapped in edible taro leaves and then steamed underground on hot coals inside of an imu. The difference between laulau and kalua pork is that you're supposed to eat the taro leaves as well as the meat.

Kalua Pork -- The star of the show at any luau. A whole hog is placed into large tropical leaves before being buried on hot coals inside the ground. The meat steams in its own juices, and the steam cannot escape the underground imu. This makes for delectable pork that is somewhat similar to a slow-cooked barbecue.

Poke -- Hawaii sits right in the middle of the Pacific Ocean and is a modern fusion of cultures from the Ring of Fire. That's why this Japanese-style dish is popular with Hawaiian locals. Raw fish, usual tuna, is cut into hearty cubes and then mixed with a variety of spices, marinades, and even mayo.

Lomi Lomi -- This dish also came over from the other side of the Pacific, and while it's not exactly traditional, you're likely to see it at a luau. Salmon is cured with salt then mixed with tomatoes and onions to give you a powerful flavor combination. It's not only tasty, but it's an incredibly healthy dish that's perfect for a hot day.

Cellophane Noodles, Glass Noodles or Long Rice -- This dish has a few different names but one distinct look. Glass noodles are easy to recognize because they look like glass. You might hear them referred to as cellophane noodles, or you might see them in a dish called chicken and long rice. No matter what you call the noodles, the dish is delicious. The noodles have a mild ginger flavor that goes well with chicken, and it is slurp-ably good. 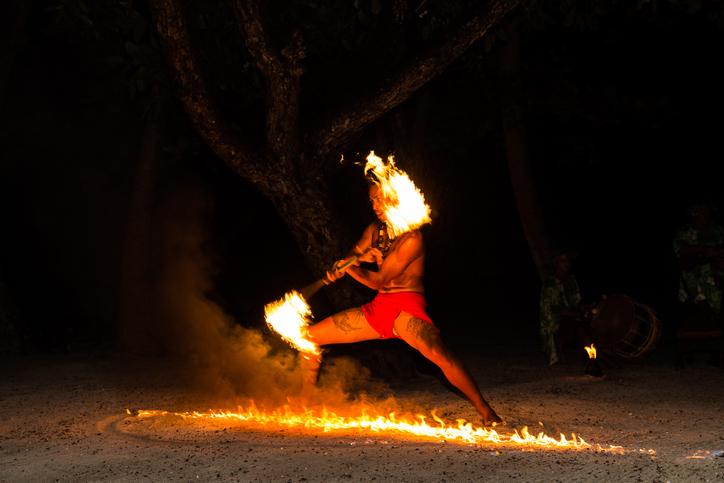 Every luau is capped off by a show that includes a live band, traditional dancers, and if you're lucky, a fire dancer. You'll likely have a host that guides you through the traditional music of the islands and tells you the stories behind the ancient dances. You'll be amazed at the endurance and the ability of the dancers to shake their hips like they are swaying a hula hoop. And the show usually takes place against a dramatic backdrop whether it's the ocean, distant mountains or a waterfall. It's a sight to behold. 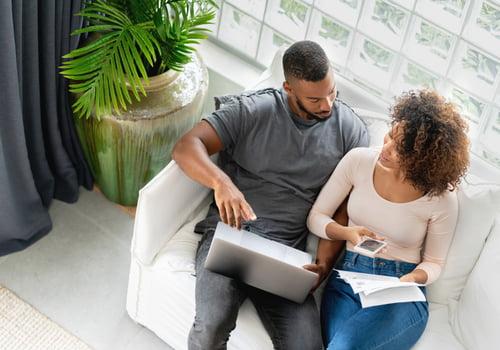 You can expect to pay anywhere between $90 to $200 per person for a good luau. Young children are likely to cost around $60 each. But you should ask a few questions before investing your luau.

First, ask if drinks are included in the price. If drinks are included, you should continue to ask which drinks are free. Some luaus will only offer a few different types of free alcoholic beverages. Secondly, you should ask about the foods available at the buffet. The representative probably won't be able to list everything available, but you can certainly ask about any of the traditional foods listed above. Lastly, you should ask if a fire show will be included because it is a spectacular way to end an evening under the stars.

Which Are The Best Luaus? 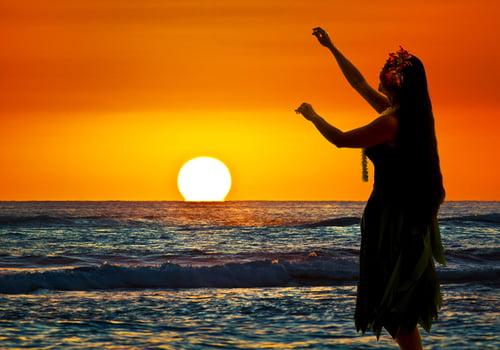 Each island has a variety of luaus to choose from, but the best luaus mix incredible food, a free bar, a mesmerizing show, and dramatic natural background. You'll have to do a little bit of sleuth work to find the best luau on your island, and it really all depends on what you want out of the experience.

You can book a luau at the hotel with the finest restaurant to get the best food. You can book the luau with the best show that caps the night off with a fire dance. You can choose an open bar if you want to celebrate with friends and family. Or you can simply choose your favorite natural setting for your luau. There will be seaside luaus, luaus in traditional villages and luaus with mountain or waterfall views. It's all up to you.

Just remember that a luau does not have to take place at a hotel. There are luaus on other commercial grounds, and you may even be able to find a luau in a traditional Hawaiian village. Check out our site to find a luau that meets your desires and price point.