Notice: Undefined index: unitType in /home/prod/public/apps/discover/model.php on line 581
 Should You Be Afraid Of Sharks In Hawaii | Hawaiian Planner

Should You Be Afraid Of Sharks In Hawaii

The sparkling blue waters of the Pacific draw millions to Hawaii every year. The allure of the white sand beaches, sea turtles, and, wait! What was that? Did you see that blur out in the water? Was that a sea turtle, or could it be a shark?

Let's face it -- sharks are scary. They have rows of teeth that grow back when broken, and they love to lurk just underneath the murky part of the water. But every time someone is attacked by a shark the shark-loving TV personalities like to assuage our fears with ridiculous numbers. They love to point out that people die of heart disease, in car accidents and from falls out of bed. But none of those life-ending events comes with the powerlessness of fighting off a flesh-hungry sea monster in the vision-impairing foam of saltwater. After all, they don't make horror movies about heart disease.

Let's stop taking sharks out of context and stack them up against Earth's other nasty critters. Perhaps we'll get a much better idea of what to fear. 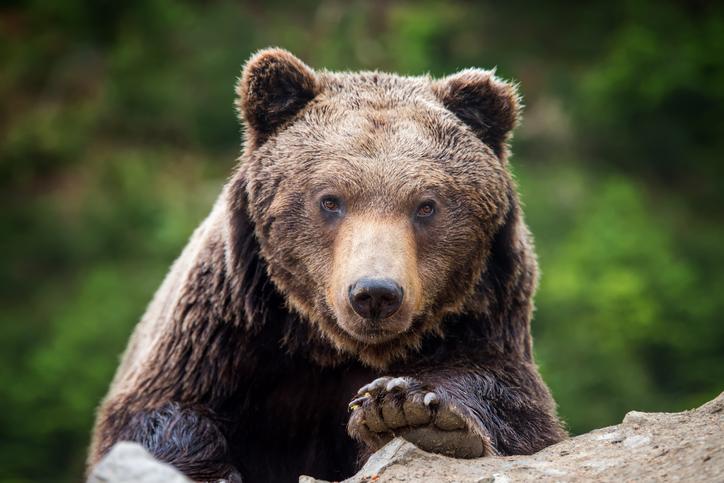 Bears are big, bad and constantly hungry. They have to stuff as many calories as they can find into their mouths to prepare for their annual winter slumber. They simply perish if they don't pack on enough fat for hibernation, so you know they are grumpy 24/7. And a human-sized snack, especially a plump American, can certainly satiate a gruff grizzly, right?

Bears kill one person per year according to data compiled from 2001 to 2013. That's the exact same number of people that sharks kill per year. It's a wash. 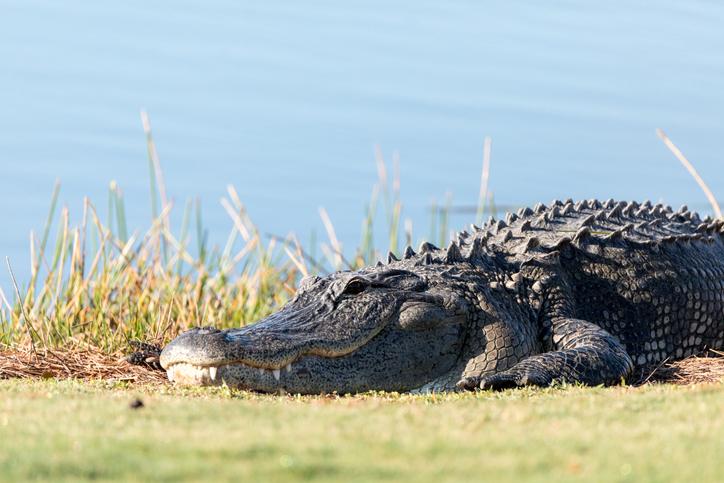 Alligators haven't had to evolve. They are the same exact beady-eyed killers they were when the dinosaurs roamed the earth. That means they are really good at hunting and eating. But do they have a taste for humans?

Nope. Alligators kill one person per year just like bears and sharks. 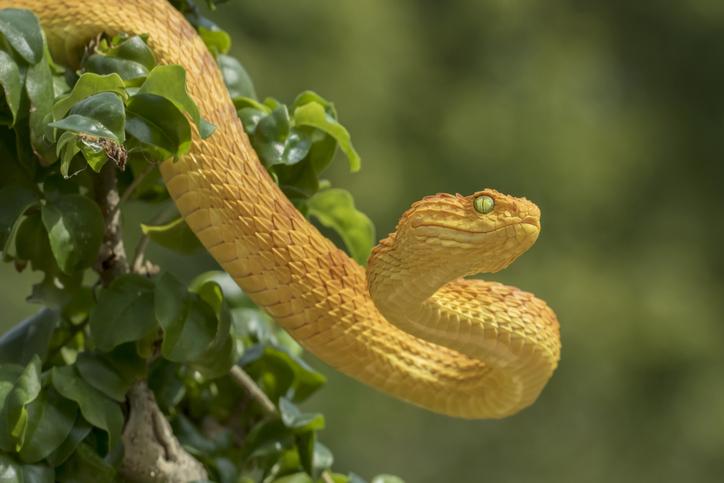 Snakes are natural-born killers. Every single snake on earth has to hunt and eat other animals to survive. But it's foolish to think that snakes are out on the hunt for humans because they can't eat us no matter how wide they unhinge their jaws.

But spooked snakes bite which can inject deadly venom. Although, it's rare to die from such a bite unless you're very young, very old or have a compromised immune system. Nonetheless, snakes kill about six people per year.

Combine bear, alligator and shark deaths -- double it -- and you equal the deadliness of snakes. 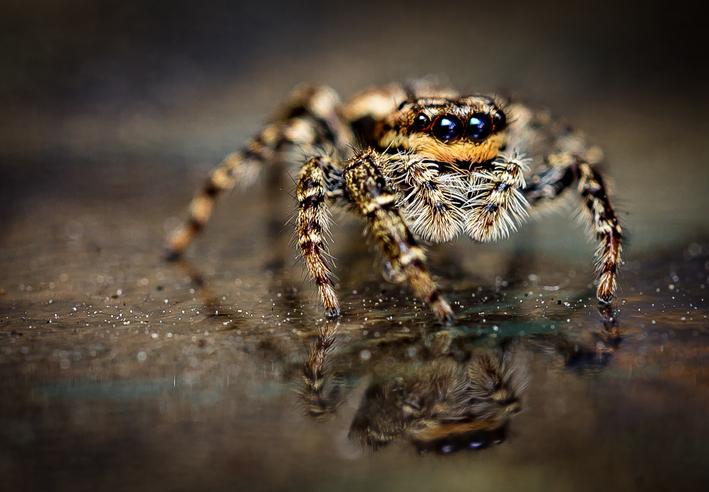 Spiders kill about seven people per year. It seems odd that the animals are getting smaller yet the death toll continues to rise. Mathematically, you should be seven-times more afraid of spiders than sharks. 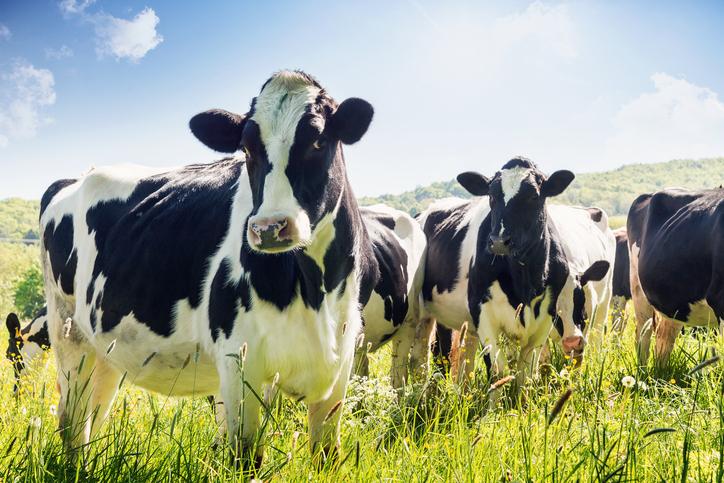 Yup, you read that right. Cows make the list of deadliest creatures because the loveable bovines are responsible for 20 human deaths per year. Point out the window the next time you pass a farm to tell your friends that those moo-cows are 20-times deadlier than sharks.

Dogs and Other Mammals 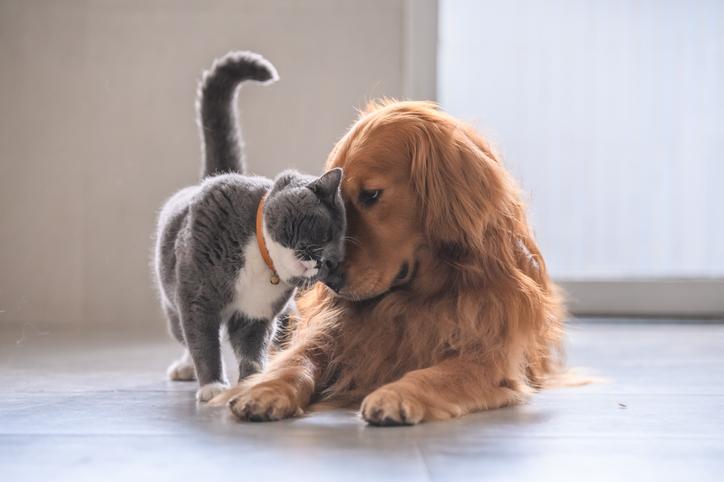 It turns out that the man's best friend isn't so friendly. Dogs kill as many as 28 people per year while human deaths from "other" mammals claim about 52 lives per year. Wildlife like deer and moose pose a bigger threat to you because they can wander out onto busy roads to cause car accidents.

In the end, Bitsy, Betsy, Mr. Ed, Fido, and Bambi are all much more dangerous than a shark. And, of course, heart disease still kills hundreds of thousands of people so you should be more afraid of your diet than a sharp-toothed underwater predator. In fact, death by animals accounts for less than 1% of total deaths per year. You should be much more worried about your automobile. Car accidents kill 33,000 people per year. That means your minivan is 33,000-times more deadly than a shark. 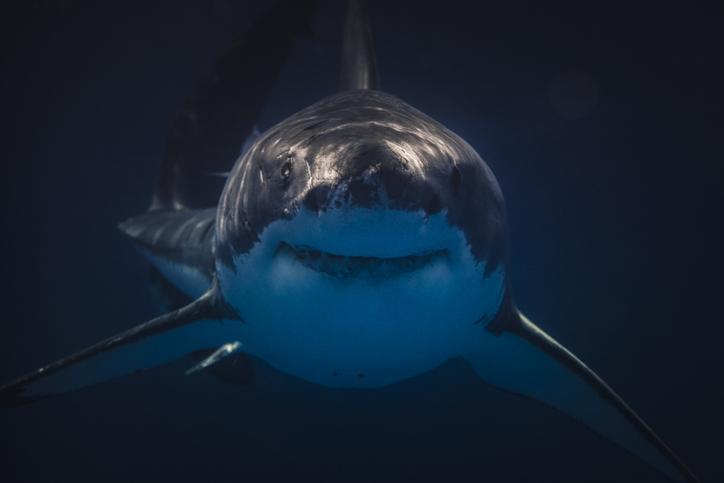 There are 40 different species of shark that frequent the waters of Hawaii. Four of them -- the white-tip reef shark, sandbar shark, tiger shark, and Galapagos shark -- are quite common. Great white sharks have been spotted in Hawaiian waters but are very rare. The most dangerous shark is the tiger while the most aggressive is the Galapagos. However, Galapagos sharks aren't usually big enough to cause much damage.

Three to four Hawaiian swimmers are bitten by sharks per year, but let's put that into perspective -- nearly 10 million people visit Hawaii every year. That's a 0.0000004% of being bitten as a tourist, and fatal shark bites are extremely rare.

How To Avoid The Bad Sharks

Many divers and snorkelers like to come to the islands in order to get up close and personal with sharks. Hammerheads, for example, are beautiful creatures that keep to themselves. You'll also find that white-tipped reef sharks are extremely docile, curious and even friendly.

But Hawaiians have known for centuries that tiger sharks like to feed after a rain. They are attracted to the mouths of rivers and streams pouring into the ocean. They love to scoop up fish that have been swept out to sea by the storm waters.

And these storm waters bring sediment, much of it in the form of red dirt. This sediment clouds the waters near river mouths to make the ocean murky. And a curious shark might take a nibble just to see what you're made of (literally) when visibility is low.

It's simple -- don't swim in murky waters after a rain and you'll drastically reduce your nearly non-existent chance of being bitten.

If you're unsure, just take a look at the water. You're likely safe if there are locals swimming and surfing, and you can always ask a lifeguard just to make sure. Other than that, there's no reason to worry. Just make sure you're aware of the tides and swells. After all, the powerful Pacific Ocean herself is a much deadlier killer than any shark.