Renting a car is an essential part of an unforgettable Hawaiian vacation, especially on an island like Maui. Pull up a map of the island on your phone, use two fingers to pan out and you’ll see what looks like two islands fused together. And the two “islands” couldn’t be any more different. 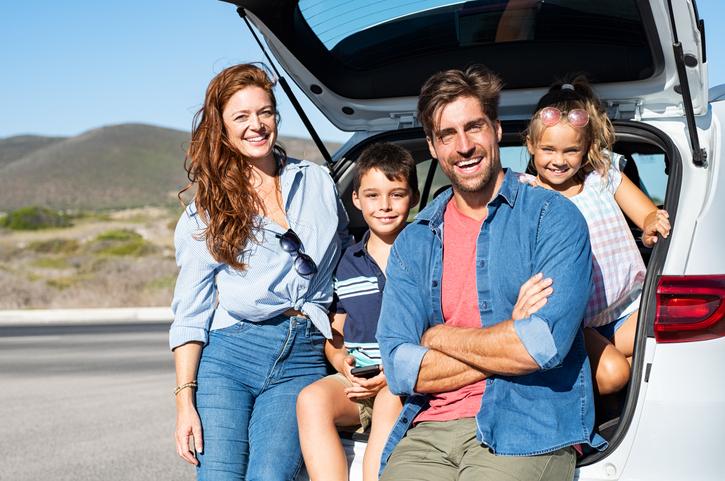 The larger eastern island is home to the indomitable Haleakala Volcano and its crowning Haleakala Crater National Park. It’s unmissable. The mountain consumes the southern sky when you land at Kahului Airport. The smaller western island is home to former whaling stations that have been revived to be romantic little tourist towns, the most famous of which is Lahaina. And Maui has the most miles of beach to explore any of the Hawaiian islands.

So, if you want to hit the pavement for an adventure on the Road to Hana, you’ll have to rent a car when you touch down on the island. Otherwise, you’ll miss out on sprawling sugary beaches, hidden waterfalls, misty rainforests, and towering mountains. And renting a car on Maui just got a whole lot easier.

That’s because Kahului Airport has just unveiled its $340 million consolidated rental car facility, otherwise known as the CONRAC. And the CONRAC is beautiful. It’s 1.3-million square feet over four floors on 19 acres of land, and it’s all accessible by tram from the airport.

The trams decidedly look “old school.” From the looks of the old, boxy cars, you might think that these trams are powered by steam, but looks can be deceiving. The beautifully ornate 30-seat trams are powered by electricity, and one will be running all day long with the other tram running concurrently during peak hours.

The trams only put along at about 15 miles-per-hour, but the ride to the CONRAC will only take about four minutes. The team will make a series of stops along the way, but these stops are for employees of the CONRAC and the airport. You only need to concern yourself with the first and last stops of the tram.

It’s quite a transition walking off the antique-looking trams into the CONRAC as the new $340 million building looks very modern. But the details of the building are quintessentially Maui. The building has pillars made of lava rock, and the open-air facility allows local flora to thrive inside this modern setting. It’s green, refreshing and elegant. You’ll notice that your walk to the CONRAC is lined with ornate lamps that echo the designs of the trams. 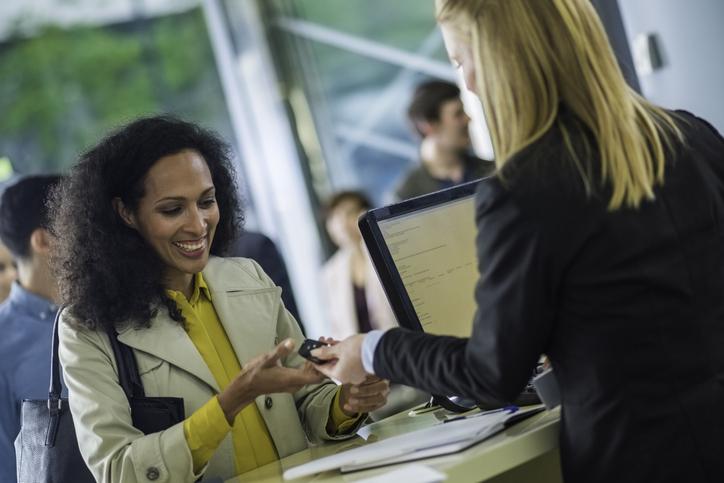 Upon closer inspection, you’ll see that the wood paneling on the CONRAC is actually aluminum siding. It’s material decisions like these that drove a few arguments during the construction of the CONRAC, which started back in 2016.

Local builders stood up for the integrity of Maui against off-island engineers and architects. According to one Maui-based builder, an argument ensued over small details, like the look of the CONRAC’s perimeter fence. The original plan called for a fence that looked as if it was from “a cemetery.” But the local builders won out, and now there is a beautifully curved ergonomic fence that really adds to the ambiance of the brand-new building.

But what’s most impressive is the building’s efficiency. The CONRAC is designed to get you into and out of your rental car as quickly as possible. The building houses 4,500 parking spots, 72 fuel pumps, and stations specifically designed to clean recently returned cars. That means much higher turnover for the rental car companies which leads to higher supply. This should lead to lower prices as the demand for rental cars on Maui will stay steady. 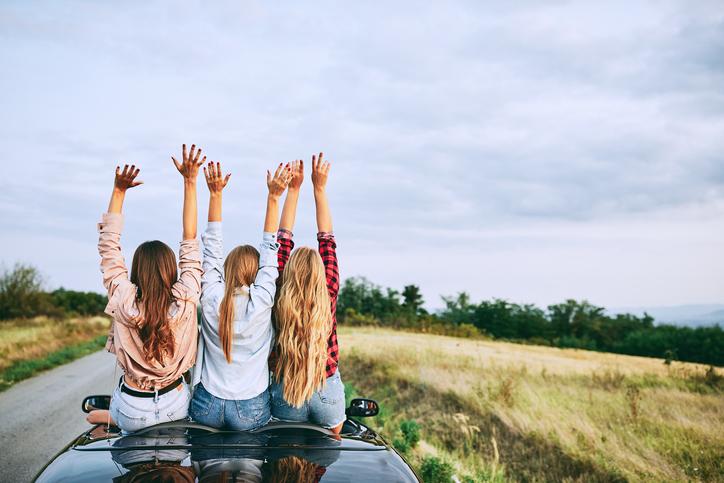 The CONRAC guarantees a painless car rental experience, cleaner cars, and lower prices. And it sure beats the old system of rental car company-specific shuttles. The shuttle buses made upwards of 85 trips per hour. The buses caused traffic, added unnecessary pollution to the air and slowed down the entire rental car process. After all, you’d have to wait for the curbside at the airport for your company’s specific shuttle.

With the project now completed, the CONRAC is home to 300 new jobs. It’s also a revenue generator for the island and the state of Hawaii. You’ll be paying a $4.50 facility fee when you rent a car at the CONRAC, and that money goes back into the facility itself and is well worth getting you to your car and out to the island faster.

The new consolidated rental car facility employs locals, reduces emissions and makes the rental process easier. Perhaps this news is enough to make Maui your next Hawaiian destination. It’s easy to dream of hitting the road to explore the Valley Isle and all of its hidden gems, and, at the same time, you’ll be fueling the local economy.

Many of Hawaii's roads are built on the coast or into the mountainous interior of the island.

The rough waves smooth themselves out on the wide beach to make for a glowing reflection of the sun's tropical colors. You can watch as the ...

Five Best Place to Watch the Sunset in Maui

COVID-19 Announcement:Hawaii is currently partially open to tourists. Those that do arrive without a mandatory negative COVID screening taken within 72 hours of travel will be directed to quarantine for 10 days. It is our recommendation that tourists heavily consider their options before scheduling travel to Hawaii. If you do travel, please double check all the rules and follow as closely as possible. For more information, visit the Department of Transportation for details. Update: As of June 15th 2021, travelers can now avoid a separate covid test when traveling between islands. Once 60% vaccination has been reached, a vaccination will accepted for entry, but for now a negative test is still required.