You can feel it right when the plane door opens. The Hawaiian humidity flows into the cabin carrying sweet ukulele music and the promise of white sand beaches. If you’re lucky, there will be a welcoming party with leis for everyone, and there’s bound to be live entertainment somewhere in the open-air airport.

It can feel like you’ve landed in a different country. After all, Hawaii is the most isolated chain of islands in the world. It can take 12 hours of flying from New York City to touch down on the island. That’s nearly a quarter of the way around the planet.

You’ll be shocked at just how familiar Hawaii feels. You’ll recognize almost everything except for the flowers, hula girls and ukuleles. Every major rental car company operates in Hawaii’s airports, and they take American dollars. After all, Hawaii is America’s 50th state.

But Hawaii’s isolation and location in the middle of the Pacific give it a unique twist on American culture. Things work a little differently out here, and you’re going to notice the difference right when you drive your rental car off the lot. 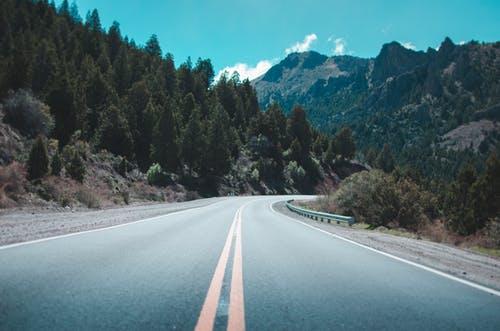 Let’s look at the highways of Hawaii’s smallest touristed island -- Kauai. Well, we don’t have to look very hard because there’s only one “highway.” It’s called the Kuhio Highway and it hugs the coast to wrap around the circular island. Actually, it almost wraps all the way around. It is interrupted by the indomitable Na Pali Coast.

This highway is just one lane. It may open to two lanes in the more urban areas of Lihue and Kapaa, but, for the most part, you’ll be driving on one lane. And there are very few chances for you to pass slow traffic. 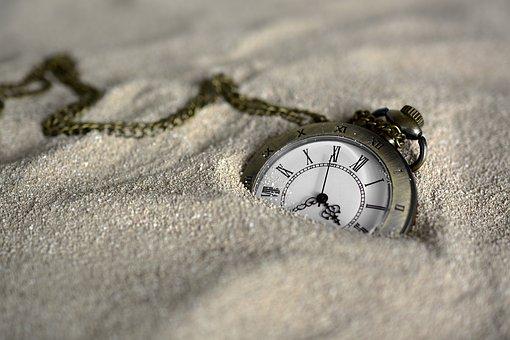 There is no such thing as slow traffic in Hawaii. Culturally, it’s called “island time.” Hawaiian locals like to slow down, smell the roses and they are never in a rush. In fact, it’s such a part of the culture that times are merely a suggestion. If someone says they’ll meet you at 2:00 p.m., then it could mean 2:00 or 2:30. And nobody gets mad at anyone for being late. If they are late, then their friends simply say, “Island time, bruddah!” while flashing a shaka.

This means that you can get stuck behind slow-moving vehicles, but it’s your opportunity to leave your mainland time anxiety behind. This is when you can slide into island time like a local. Slow down, look at the beauty around you and know that you’ll eventually get to where you need to go. Whenever that time maybe. 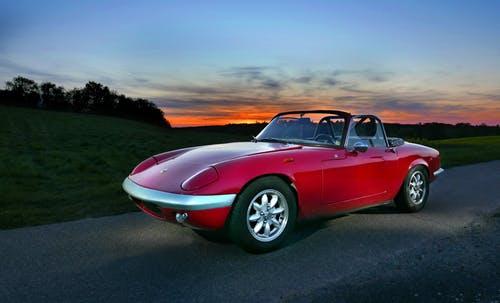 Many of Hawaii’s roads are built on the coast or into the mountainous interior of the island. The road can change direction quite quickly as it veers on a coastal cliff or climbs an interior ridge. If you’re going over the speed limit, you may not be able to adjust in time.

Let’s visit the “Highway” of Kauai once again. The top speed limit on the island is 50 miles per hour, and you’re not likely to run into any two-lane roads. The highway is almost exclusively one lane each way. In fact, the road narrows even further to go over a series of one-lane bridges on the north shore. 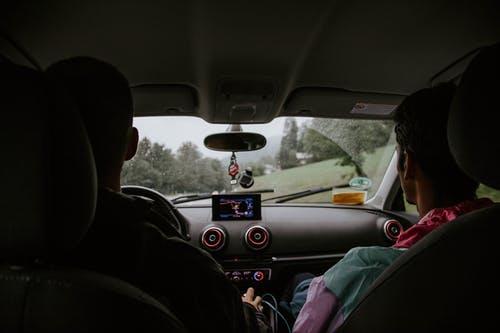 We recommend that you simply embrace island time if and when you get stuck behind a vehicle on one of Hawaii’s many narrow “highways.” But, if you can’t help yourself, you can move to pass the vehicle.

The rules are the same as on the mainland. You can pass when there is a broken line in the middle of the road, but you must be incredibly careful. The “highways” are usually nothing more than country roads, so there are plenty of intersecting roads on each side. That means you could go to pass a vehicle right as someone turns onto the highway in the oncoming lane. Make sure you can see all the way down the highway and that nobody is poised to do just that.

But most locals will notice that they are driving incredibly slow. They’ll usually pull over to the right side of the road to give you more room to pass. This is the safest time to do so, but only do so when it’s a broken line in the middle of the road and nobody is about to turn into oncoming traffic.

Visibility is also an issue on many islands. You’ll be driving over rolling hills, going over bridges and taking sharp turns. It is imperative that you wait for a long, flat stretch to pass as safely as possible. 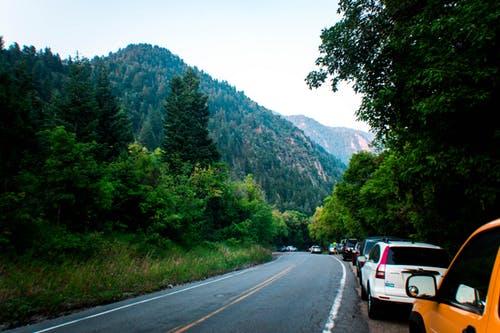 You might find yourself driving really slow. After all, it’s easy to get lost in the incredible scenery. But, even if a view absolutely blows you away, make sure to put on your blinker and slowly pull to the right side of the road. You don’t want anyone crashing into the back of your suddenly slow vehicle.

Remember that Hawaii is not an amusement park. It’s a place where people live and work. You wouldn’t expect someone to simply stop on the highway during your work commute, and you shouldn’t do the same in Hawaii. Be respectful, keep your wits and pull over. There’s plenty of time on your Hawaiian adventure for pit stops.

You can always drive slowly off to the right side of the road to let others pass more safely. Don’t do this for a long period of time, but you can pull this move to get a better view of something spectacular. Just don’t be surprised if a police officer pulls you over to ask you what you’re doing. 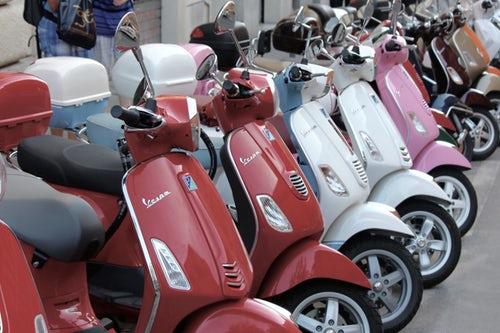 You can rent a scooter on the islands without a motorcycle driver's license so long as the bike’s engine is 50cc’s or less. Now, that’s not a whole lot of power. In fact, you’re lucky to break 35 miles per hour with such a small engine. The pickup on these small mopeds is pretty atrocious, and you’ll have a hard time climbing a hill at any speed.

Many tourists unload off of cruise ships at the island’s major ports to rent scooters. That means that you might run into a flurry of mopeds during your vacation. Make sure to size up the driver. If they are local, then they probably know how to handle the bike well. They may even have a powerful scooter capable of going well over the speed limit. But everything changes if it’s a tourist on the bike.

Tourists are often riding scooters for the first time in Hawaii. They may be a bit wobbly, and they may even disobey traffic laws as they get used to the controls. It may drive you nuts, but you have to use extreme caution when driving around a tourist on a scooter. Only pass if they are driving straight and smooth on the right side of the road. Otherwise, they may inadvertently veer into your vehicle and that will ruin everyone’s vacation. 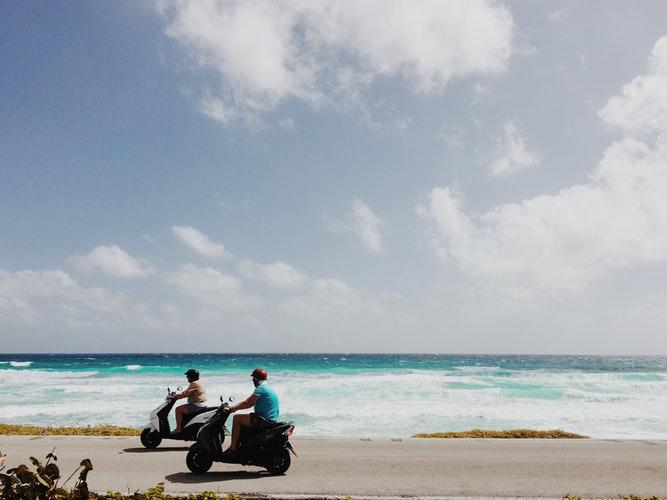 You can rent a low-powered scooter at many locations around the islands. Again, these scooters have very little power, pickup or speed. And the heavier you are, the slower the bike will respond. But you don’t need a motorcycle driver's license or any experience to pick up a 50cc bike.

The throttle is on the right handlebar. Pull it back to give it gas. The brakes are just like bike brakes, but it’s imperative that you squeeze both handles to stop. Otherwise, you could send yourself over the handlebars by accident. The blinker is on the left handlebar. Flip it right or left, but always click it back to the center to stop the blinker. It will not do this automatically. The horn is a button on the right handlebar, and it’s more powerful than you think. Don’t be afraid to use it to let drivers know that you’re there.

You’ll be able to see all around you on a scooter. This is a major benefit, but it’s also very dangerous. You tend to veer off towards your visual distraction when you look off the road. And scooter has small wheels that are terrible at taking turns at high speed. Make sure to slow down around a bend.

The low power of the bike is the danger. Now, you can take most roads in Hawaii, but you should stay off to the right side of the road when the speed limit is over 30 miles per hour. And just make sure to get a hang of the controls before you hit the road or you’ll find yourself blowing through stop signs. 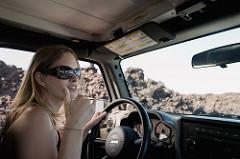 Car or scooter horns in Hawaii are not tools of anger. They are only used to alert a driver to an emergency or to say thank you. As a tourist, stay away from using your horn altogether but don’t ever be afraid to show your appreciation for a good driver.

A simple wave will suffice, but, since you’re in Hawaii, why not throw a shaka? The shaka has a pretty fun history on the islands, and it is a great way to express positiveness during your vacation.

Legend has it that a railway worker at the turn of the 20th century had a terrible accident that cut off his pointer, middle and ring fingers. The company then moved the man, named Hamana Kalili, to a new job. He would look after the trains as a security officer. Mostly, he’d make sure the kids didn’t a joy ride.

Hamana Kalili waved at the unruly kids with his injured hand. Soon, the kids would throw the shaka to each other to signal that the coast was clear. The sign soon started catching on the community.

Hamana Kalili was a big part of the island culture, and he could often be seen waving to tourists and locals at fundraising luaus. And this all happened without the name “shaka.”

Then, in the 1960s, David “Lippy” Espinda threw a shaka at the end of his car commercials, and he’d end the commercial by yelling, “Shaka, bruddah!” Perhaps he was talking about his “shocking” deals, but that’s how the name of the gesture came to be.

Now it’s a lasting sign of goodwill, appreciation, and positivity. Simply curl your pointer, middle and ring fingers into your palm, stick your pinky and thumb out, and you have yourself a shaka. Feel free to toss as many shakas around on the road as you see fit. It’s the exact opposite of the mainland’s favorite driving gesture -- the middle finger.