How Did Hawaii Become A State?

Hawaii is the most isolated chain of islands in the world. These eight islands were barren rocks with only a few indigenous species of plants and animals before the first settlers arrived. In fact, there were no palm trees. There were only shrubs and tropical heat.

It is said that there was a powerful ancient Polynesian kingdom that lived on an island in the South Pacific. The thriving society’s population rose too high, and it's home island could not sustain. So, the leaders of the Polynesian kingdom ordered some to leave; to venture out for a new island beyond the horizon.

They built sturdy outriggers for these settlers, and they loaded the boats with taro, coconut trees for freshwater at sea, pigs and other tools for survival. Some of these ships found their way to the Hawaiian islands sometime during the eighth century. These are the original Hawaiian settlers.

They brought with them a Polynesian culture and language, but, over the centuries, the language and culture became uniquely Hawaiian. Although, there are still similarities between the languages of the South Pacific. The pronunciation of certain words is strikingly similar from the Maori population of New Zealand to the Polynesian ancestors on the Cook Islands to Hawaii. 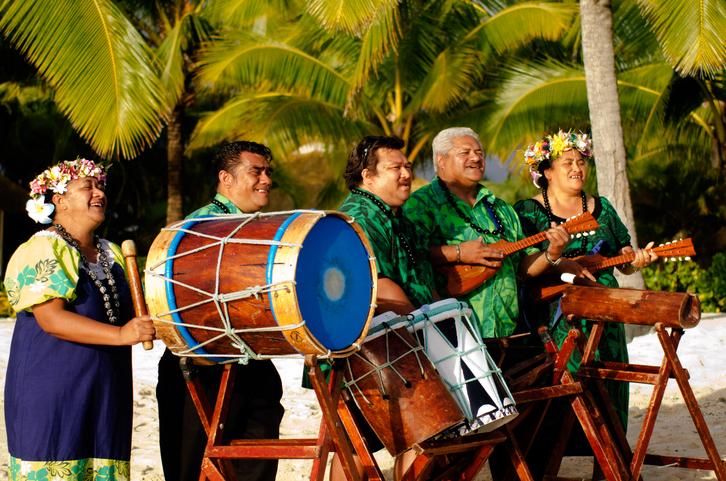 Kona is a Hawaiian word that roughly translates to the sailing term of Leeward. Leeward and Kona simply mean the side of an island that is less likely to see a storm, and Kauai’s western side is dry, arid and rainless. The city of Kona, on the arid west side of The Big Island, is perhaps the best example of the Hawaiian word Kona and the sailing term Leeward.

Captain Cook was commissioned by the Royal British Navy to explore the Pacific Ocean. You’ll find monuments to the explorer all over the Pacific, but his time in Hawaii did not end well.

His visit to Kauai was short-lived, but he would return to the archipelago that he dubbed “The Sandwich Isles” after England’s Duke of Sandwich. One year later, he would glide his ship into Kealakekua Bay on the Big Island.

Luckily for the captain and his crew, the native islanders were celebrating a religious holiday, and the mast of Captain Cook’s ship resembled the symbol for their deity. James Cook was greeted as a god, and his crew was treated very well by the islanders.
They didn’t stay long on the Big Island, but, soon after their departure, the mast of the ship broke. They were forced to limp back to The Big Island for repairs. And the broken mast was the first sign to the islanders that perhaps Cook wasn’t a god after all.

And the previously shown goodwill didn’t last very long. During the return visit, a small group of natives dared to steal a cutter from Cook’s ship. A cutter is a small boat that transports people to shore from a moored vessel. Cook grew furious.

He stormed into the village, took the king by the hand and led him back towards his ship. Initially, the king went willingly with Cook, but his villagers soon began to realize Cook’s mal intentions. The captain was trying to kidnap the king as a ransom for the return of the cutter.

A dramatic scene began to form in the beautiful Kealakekua Bay. A line of villagers formed opposite a line of the captain’s crew on the beach, and a priest began a loud chant in the distance. Suddenly, a villager smashed Cook over the head, and the famous explorer was stabbed to death by a mob as he fell into the surf.

The crew retreated to the ship while firing on the crowd, and the ship continued to fire cannonballs into the village long after the captain’s death. The first non-Polynesian contact with the islands didn’t go so well.

The Exploitation of Hawaii & Inevitable Diversity 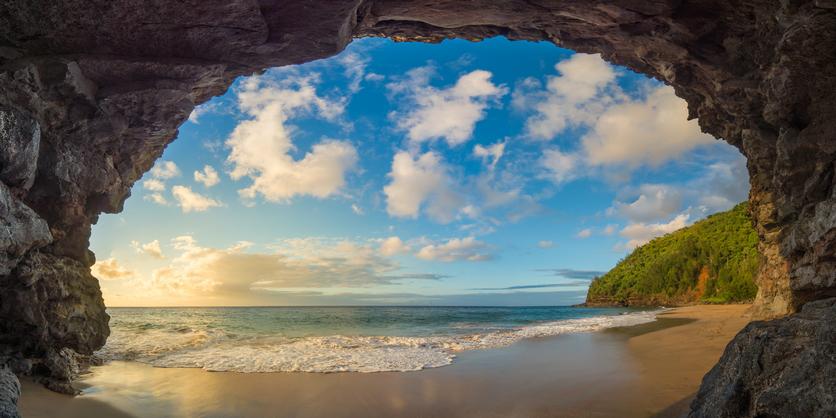 Cook’s crew brought word back to England. Hawaii, or “The Sandwich Isles,” was on the map. And that could only mean one thing -- new settlers would arrive.

It became clear to enterprising venturers that Hawaii’s tropical climate and fertile soil presented a business opportunity. American traders began to arrive in the early 1800s to harvest sandalwood to supply China’s demand for the commodity. By the 1830s, sugar and pineapple plantations began to spring up all over the islands.

This brought an economic boom to the islands, but it also brought demand for labor. Plantations workers from China, Japan, Korea, Russia, Portugal and all over the world began to migrate to the islands for the bounty of work. And this gave rise to Hawaiian Pidgin.

Pidgin is a term used by linguists for a crude language formed by those who speak a myriad of native tongues. This “bridging” language would serve the first plantation workers well, and they all lived in relative peace during this prosperous time.

Over time, however, the language took on a life of its own and developed its own grammar. Now Hawaiian Pidgin is its own language, and you’ll likely hear the language spoken by locals during your visit. 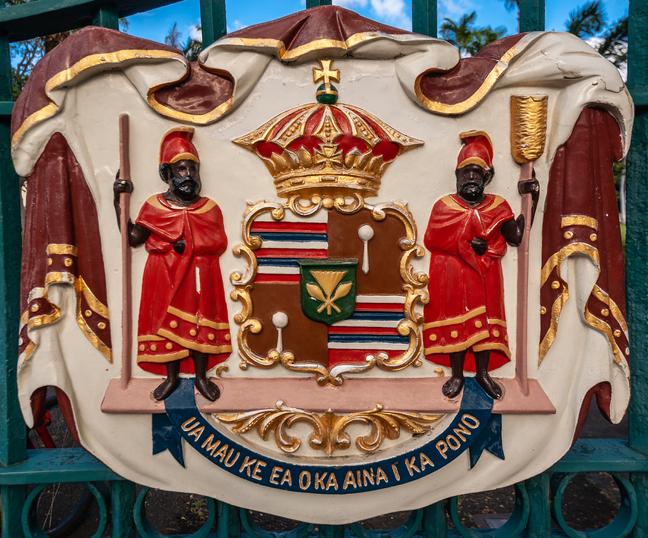 The economic might of the plantations grew so powerful that a constitutional monarchy was established to protect the plantation’s economic interests, and this new form of government dethroned the last native monarch of the Hawaiian islands in 1840.

The constitutional monarchy eventually appointed Queen Liliuokalani, but her reign would be short-lived. In 1893, a coup took place, and the last remaining Hawaiian monarch was dethroned.

The coup was instigated by Sanford B Dole who was born in Honolulu to American parents. He was supported by the US Minister to Hawaii, John L Stevens, and he dethroned the queen with 300 American Marines at his back. The Marines had arrived at the islands on the US Cruiser Boston, and they were supposedly sent to Hawaii to protect American lives.

The coup was heralded by plantation owners who were wary about their economic interests. They wanted to supply Americans with sugar and pineapple without tax, and they also wanted stability. The plantation owners feared a takeover by natives or other countries that would put their plantations in jeopardy.

One year after the coup, a reluctant US Congress voted to make Hawaii an American protectorate. It was mainly an economic move to protect the American plantations that dotted the islands. And Sanford B Dole was appointed President of the new protectorate, but he was fighting hard to have Hawaii completely annexed by the United States.

A War And Political Turmoil 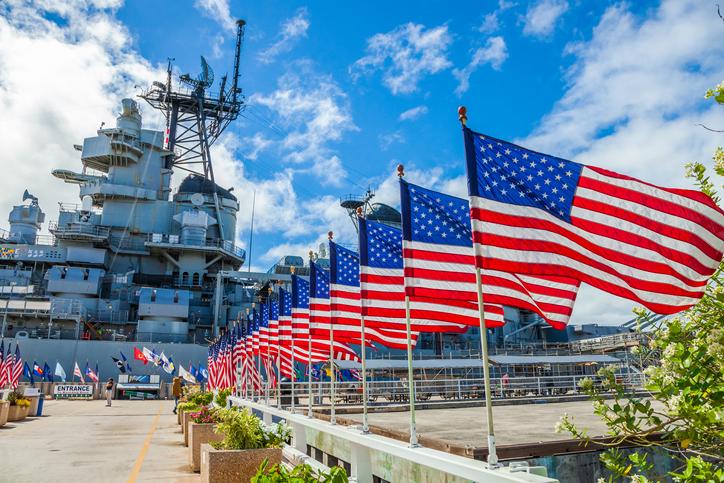 The Spanish-American War broke out in the late 19th Century, and Hawaii became very strategic during the fight. The Americans established a naval base at Pearl Harbor in 1898, and Hawaii’s naval importance forced Congress’s hand. The islands were fully annexed as a US Territory by the close of the 19th century.

But it would be 60 years before Hawaii would become a state. That’s because the political turmoil began as soon as the islands were fully annexed as a US Territory.

By the turn of the 20th century, Hawaii’s cultural face had changed significantly. People from countries all over the world had given birth to families on the islands, and this myriad of ethnicities now considered themselves native. Meanwhile, the native Polynesian population watched as their influence and culture began to diminish and fuse with other cultures.

This melting pot of cultures made the population weary. Many Hawaiians of different ethnicities supported statehood in the early 20th century, but their requests were ignored or denied. Mainland United States citizens simply didn’t see a geographic connection to the islands. After all, Hawaii is more than 2,000 miles from the west coast of the US.

Many Hawaiians opposed statehood, as well, citing political fear. The fear stemmed from the power of the vote. If Hawaii became a state, then the fear was that certain ethnicities would vote themselves into power to further diminish the other cultures on the islands. And by the early 20th century, people of Asian descent were the majority in Hawaii.

Mainland Americans also opposed statehood for decades citing the same political fear. They thought that if Hawaii was granted the power to vote, then they would tip the scales during federal elections. 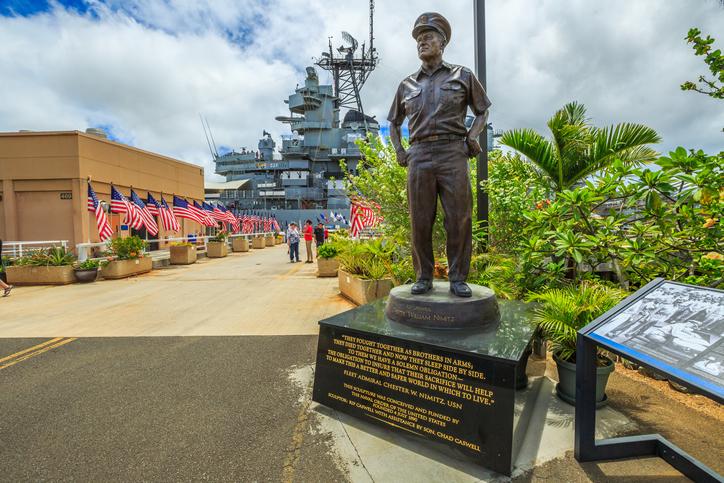 There were two significant historical events that thrust Hawaii into statehood. The first was the unprovoked attack on Pearl Harbor at the outset of World War II. Some 3,000 Americans died that day, and it galvanized the American population. In a way, the horrific attack earned the respect of the American people.

But still, Hawaii didn’t become a state until 18 years after the attack in 1959. That’s where the Civil Rights Movement comes into play.

Many mainland Americans were still skeptical of giving the Hawaii island statehood. They simply didn’t want to give a majority non-Caucasian territory the power to vote. But by the end of the 1950s, the Civil Rights Movement had scored major victories. It was the right time to grant Hawaii statehood no matter the ethnicity of the population. Politicians finally felt comfortable.

So, in August of 1959, Congress granted statehood to Hawaii after 93% of islanders voted in favor of it. But it took a whole year for the 50th star to be included on the flag. President Eisenhower waited for a special occasion. On July 4th, 1960, the flag was officially complete and fireworks rang in the occasion.

A rental car will save you money as you drive yourself to Hawaii's abundantly free attractions.

Do We Need To Rent A Car On The Islands Or Is It Just Better To Take Taxis?

The Hawaiian green sea turtle, otherwise known as Honu, is absolutely fascinating. These friendly sea creatures can be found in the warm ...

Where Can I See A Hawaiian Sea Turtle?