When Is Hawaii Crowded?

Crowds are an odd thing. You don’t ever want to go to a bar that’s “dead” with no crowd, but you don’t want to be shoulder-to-shoulder at the bar, either. You want to find that sweet spot where a good-sized crowd buzzes with energy, but you’re still able to move about freely.

A flight from Sydney is 10 hours. Japan sits eight hours away. Los Angeles is a six-hour flight from paradise, and New York is a whopping 12 hours of flying from Hawaii. That’s nearly a quarter of the way around the world which makes Asia and Australia closer to Hawaii than the east coast of the United States.

But it is the flow of American tourists that dictate the crowded times in Hawaii while the number of international tourists remains relatively constant throughout the year. This makes planning a trip around the massive crowds relatively easy. 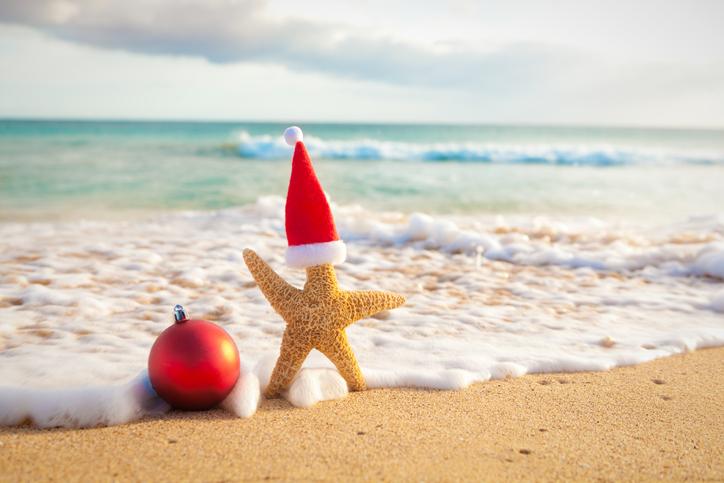 America’s biggest holidays -- Thanksgiving, Christmas and New Year’s -- are some of the busiest times on the islands. The kids are out of school and mainlanders love to flock like snowbirds to the heat and humidity of Hawaii. This can make for some seriously expensive flights and hotels, as well as packed family-friendly attractions. After all, the local kids on the islands are out of school, as well. 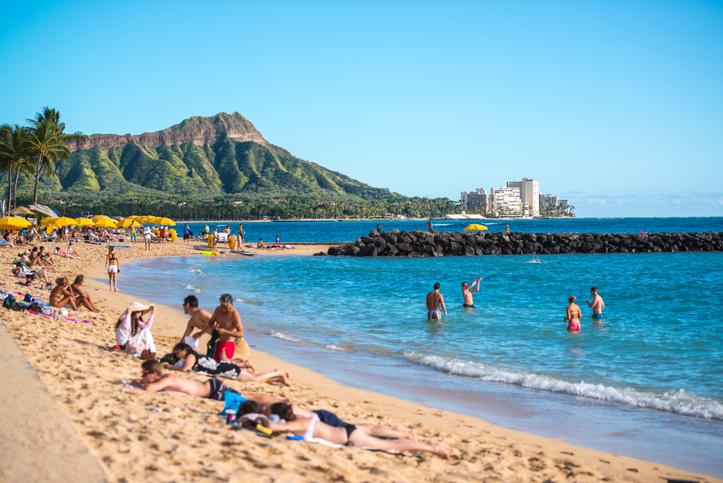 The kids are out of school, so mainlanders flock to the islands once again. But, just like the winter vacation, local kids are out of school, too. That means family-friendly activities will be in supremely high demand. You’ll be jostling with thousands of other tourists for that spot on your favorite guided tour during the summer.

The busiest month is July, but June, August and the first few weeks of September remain extremely busy. Tourists love the fact that the Hawaiian islands stay dry throughout the summer, but that comes with a cost. There’s no rain to break the Hawaiian humidity, so you’ll have to deal with some seriously steamy weather along with those crowds.

There is a crowd that moves in during the winter months, but it is nowhere near as crowded as the summer. The rainy season usually scares would-be visitors away from the islands. But you can beat the winter crowds by traveling to Hawaii during the last few weeks of January and the first few weeks of February. You might even find the lowest airfare and hotel prices of the year just after the winter holidaymakers leave the islands.

The winter crowd usually starts pouring into the islands in mid-February, and the crowds really crank up in March, especially if there’s an early Easter holiday. And that’s there are some serious benefits for a trip out to Hawaii in the winter months.

Humpback whales begin to arrive in the warms waters of Hawaii in January for the breeding season. Whales from the cold waters of the world swim for nearly eight weeks over the course of 6,000-plus miles to breed, birth and rear their young in Hawaii. The whales can often be seen breaching off many of Hawaii’s beaches, and it’s the only time of year for a whale watch tour. Then the whales return to the nutrient-rich cold waters of Alaska in March. 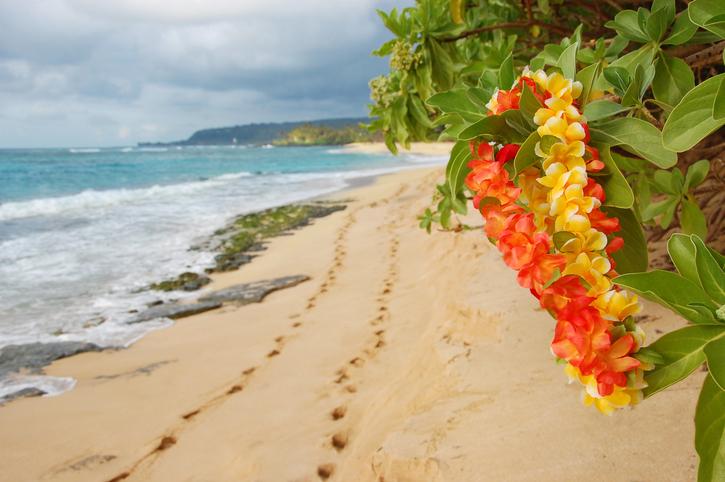 You’ll find sparse crowds in April after the Easter holiday crowds of March dissipate. The crowds remain relatively low through May until the June crowds explode. But there is one thing to look out for during the low Spring season, however -- Golden Week.

Golden Week is a Japanese cluster of holidays that usually align for a week off from school and work. Golden Week changes every year, but it usually takes place at the end of April and it might even overlap into May. The majority of people living in Hawaii are of Asian descent which means Hawaii has a strong relationship with Japan. And, since Tokyo is only eight hours by plane, there’s sure to be a bump in crowd size during Golden Week. It may also increase the prices of flights, hotels, and tours.

But Spring is a beautiful time to be on the islands. The temperature remains a few degrees cooler than the summer months, and the days are relatively dry, unlike the winter months. Plus, there are some seriously beautiful blooms on the islands during spring. 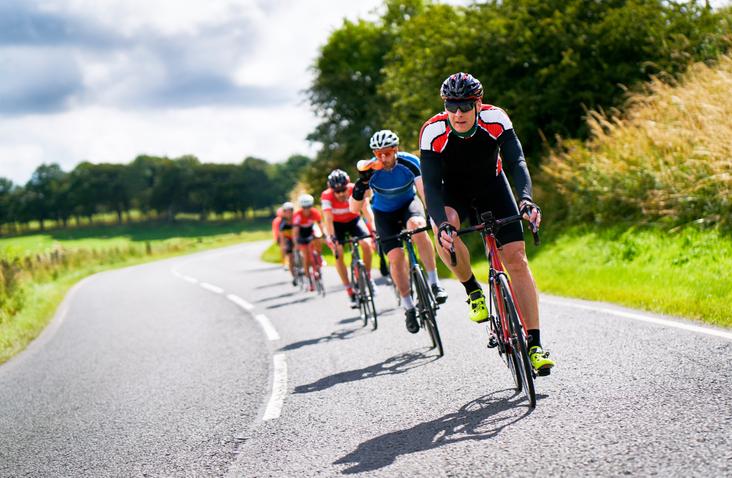 You’ll find seriously sparse crowds once kids are back in school by mid-September. The weather starts cooling off a bit, and its a relatively dry time of year. Of course, you’ll have to look out of the Thanksgiving holiday, but fall remains one of the best times to visit Hawaii. And you’ll get really good deals on flights and hotels.

There’s just one event to watch out for -- Kona’s Annual Ironman Championships. This international event takes place over the course of a week in October. Kona shuts down many of its touristed streets for the race, and the highways on the western side of the island are partially shut down for the bike race. An Ironman is an all-day event where racers swim 2.5 miles, bike 112 miles and run a marathon (26.22 miles). The best of all age brackets from around the world are invited to the event, and the Ironman basically shuts down the western side of the Big Island for a week.

There’s no wrong time to go to Hawaii weather-wise. There are essentially two seasons on Hawaii -- dry and wet -- and they are very difficult to distinguish when it comes to temperature. The dry season is just a few degrees hotter than the wet season. The temperature difference is due to the fact that the wet season brings near-daily rains. Just like Florida in the summer, the humidity builds throughout a beautiful day during the wet season until it breaks with a short, cooling, late-afternoon shower. It’s this brief rain shower that essentially differentiates the weather of the two seasons.

However, there is a marketable difference in the ocean’s behavior between these two seasons. The winter, or wet season, see the Pacific Ocean get a bit more violent, especially in the north and west sides of the islands. This can make swimming at your favorite beach dangerous during a high swell or at high tide. But it’s easy to enjoy a safe swim during the wet season so long as you do a little homework. Some beaches are protected while others can be visited safely during certain times. You can check swell and tide conditions online before heading down to your favorite beach, and you should always ask a lifeguard where, when and if it’s safe to swim.

Horse riding is a popular hobby for people who are visiting Hawaii. The open landscapes in Hawaii are perfect for heading on a horse ...

Playing golf in Hawaii is an awesome adventure with five of the islands having scenic course. Therefore, it is necessary to decide which ...

That means you may be left unaware of some of Hawaii's cultural customs despite living in the same country. Don't be caught off guard but ...

Many of Hawaii's roads are built on the coast or into the mountainous interior of the island.