Horse riding is a popular hobby for people who are visiting Hawaii. There is an abundance of horses on the island, especially in Waimea. The open landscapes in Hawaii are perfect for heading on a horse influenced adventure. You may be surprised to now that Hawaii has a strong history involving horseback riding, including Hawaiian Cowboys. 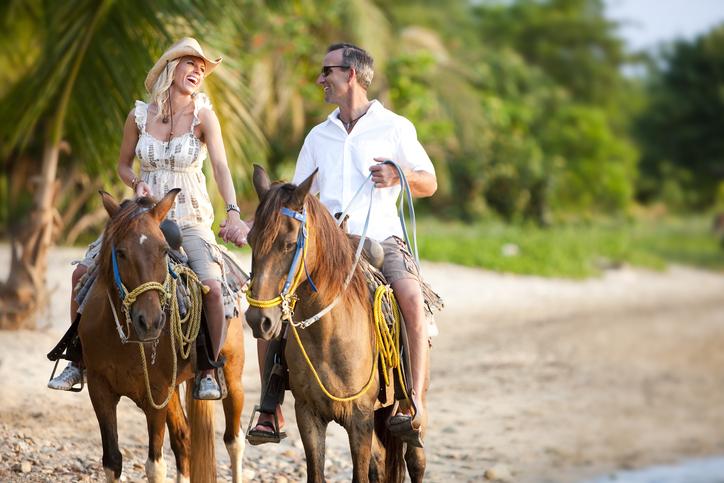 Hawaii has its own special brand of cowboys, known as Paniolos. The Spanish vaqueros arrived during the 19th Century and brought with them the European tradition of riding and roping. The King of the island hired the vaqueros to teach Hawaiians the ranching skills that were necessary to control the cows that were gifted to him. However, they were starting to roam the islands without any supervision. Soon the Paniolo was established as a mixture of the two cultures. Waimea is Paniolo central, and the place to visit to enjoy horseback riding.

Choose this afternoon horseback ride at the Mendes Ranch and feel like a "paniolo" (cowboy) on Maui! Guests will mount up on western ...