Discover Hawaii How to get there 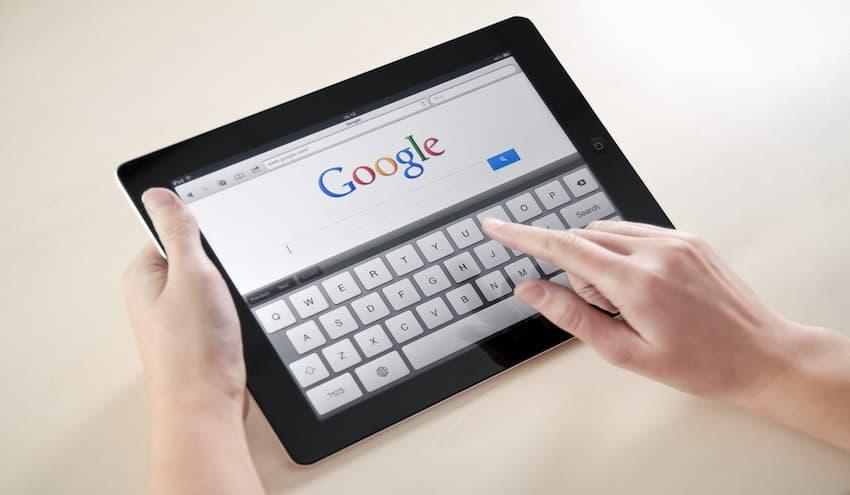 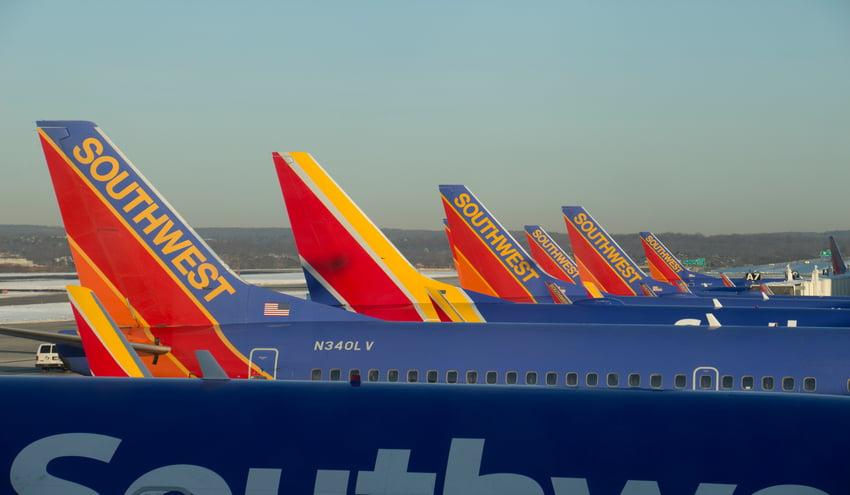 Southwest Airlines Is Flying To Hawaii, And How That Benefits You 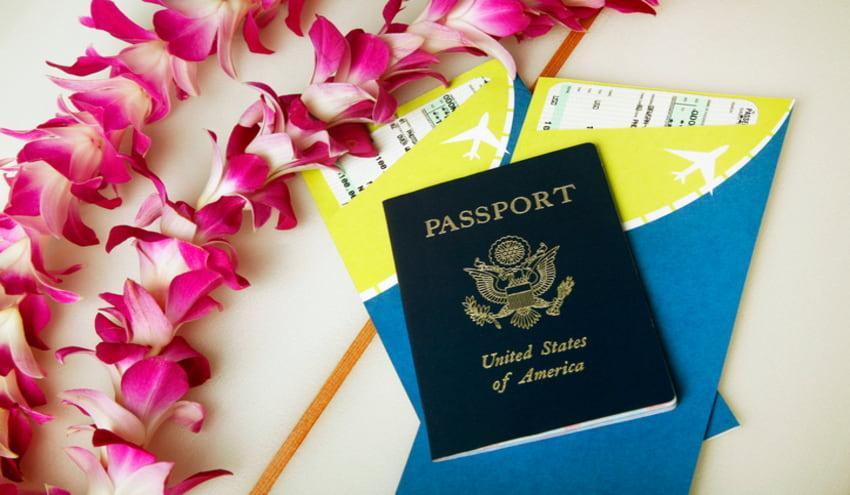 How To Find/Get Cheap Flights To Hawaii 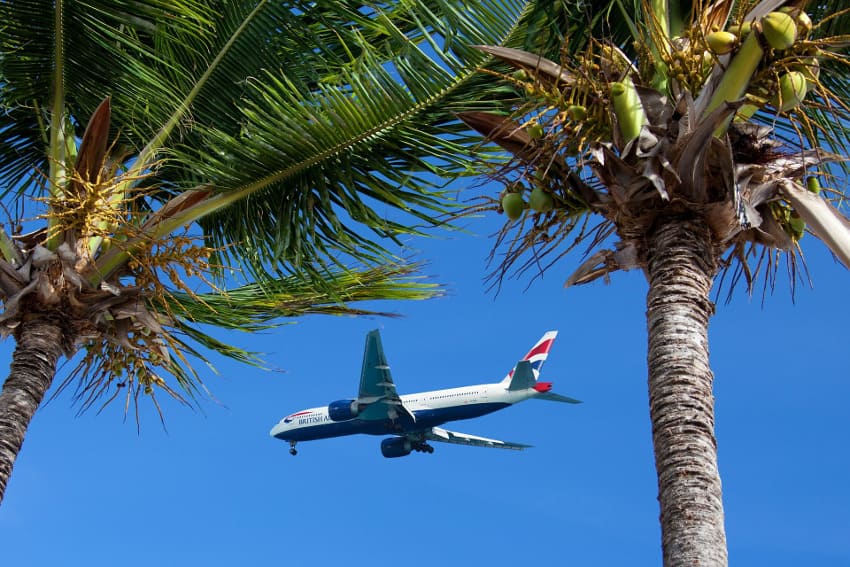 What To Do When Your Luggage Is Lost

Find out what to pack, which important documents you need to bring and what to expect at airport...
2

The Hawaiian Islands are known for their beautiful weather year around, but conditions can dif...
3

Make sure the whole family stays safe and secure on your trip to Hawaii with these useful tip...
View More Tips View Travel Tips

Which Airline Should I Use To Fly Between Islands? 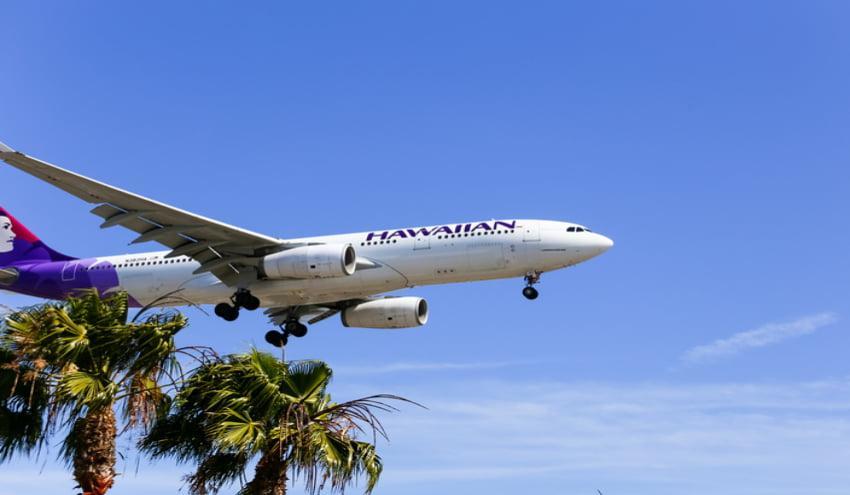 The state of Hawaii encompasses eight islands that have erupted from the ocean floor in a southeast-to-northwest streak right in the middle of the Pacific Ocean. This is the most isolated chain of islands in the world and marks the southernmost point of the United States. It’s not an easy place to get to.

It takes about eight hours of flying time to get to Hawaii from Tokyo. Australians flying in from Sydney can expect to spend about 10 hours and 45 minutes on the plane to Honolulu. And it’s 12 hours of flight time to Hawaii from New York City. That means the Asian and Australian continents are closer to America’s 50th state than cities on the mainland’s east coast.

Those living on the west coast are lucky. It’s only about six hours of flying from cities like Los Angeles, Oakland, San Francisco, Seattle, San Diego, and Portland. And it takes just a bit longer from Las Vegas.

The vast majority of these flights land in Hawaii’s big city of Honolulu before connecting to other Hawaiian airports. And you can take advantage of these connecting flights to hop to other islands during your stay. Here’s the best way to do it all.

Stay At Least Seven Days On One Island 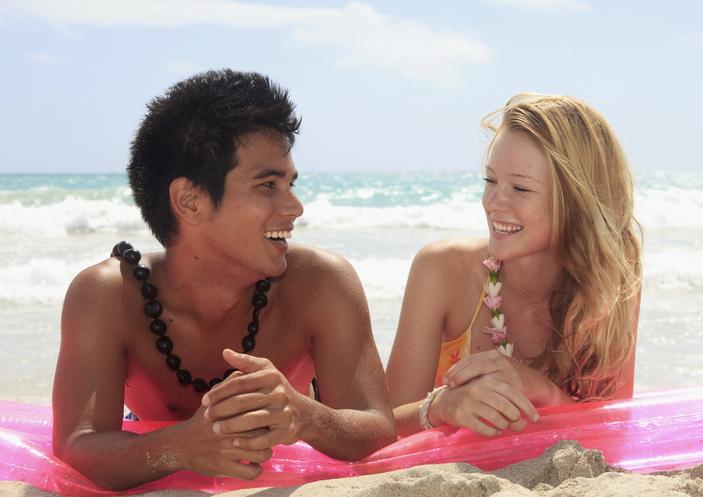 First of all, we recommend staying at least a week on your favorite island before you begin to island-hop. There’s absolutely no way that you can see everything that a single Hawaiian island has to offer in just seven days, so you shouldn’t think about leaving before one week is up.

Here’s our recommended vacation cycle, and you can repeat this three-day cycle just once in a week.

Day 1 “Active” -- Challenge yourself on your favorite hike to get the blood flowing.
Day 2 “Semi-active” -- Explore a part of the island that would otherwise be inaccessible with a guided tour to stay semi-active and adventurous.
Day 3 “Rest” -- Lounge on your favorite beach, by the pool or get a spa treatment.

Of course, you should sprinkle in some nice dinners, nightlife and a luau on top of this schedule. But, as you can see, this repeatable cycle will only allow you to go on two hikes, do two guided tours and lounge on two beaches. And there are many more hikes, tours, and beaches on each island. 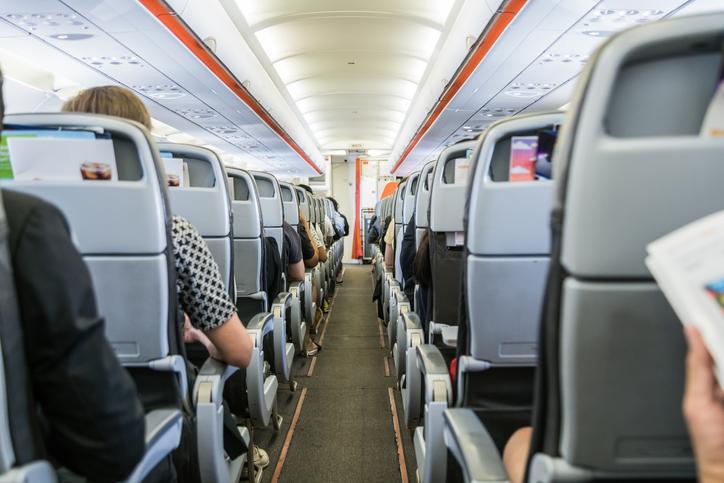 You’ll be able to book the cheapest flights about 70 days before departure. This means that you should plan your Hawaiian vacation well out in advance. It’s best to block off a month in which you willing to take your vacation. Once it’s blocked off, start scouring the web for flights 70 days beforehand to look for the best prices.

You can expect to pay anywhere from $500 to $900 for a round-trip flight from the east coast. The west coast is a bit more affordable. Flights should range from $300 to $600. So, if you see flights in those price ranges, you should act quickly.

But here’s a secret. Federal law forces airlines to give you a 24-hour grace period after you buy your ticket so long as the departure date is more than a week out. You can cancel or change your flight within that time frame for free. Of course, you’ll have to pay any fare difference to change your flight.

This means you can book your flight and continue to search for better prices for 24 hours. If you find a better price, you can cancel your booking for free to get a full refund before booking your new flight. Or you can simply change your flight if it is with the same airline. You should be able to get a refund of any leftover cash.

Airlines That Fly To Hawaii 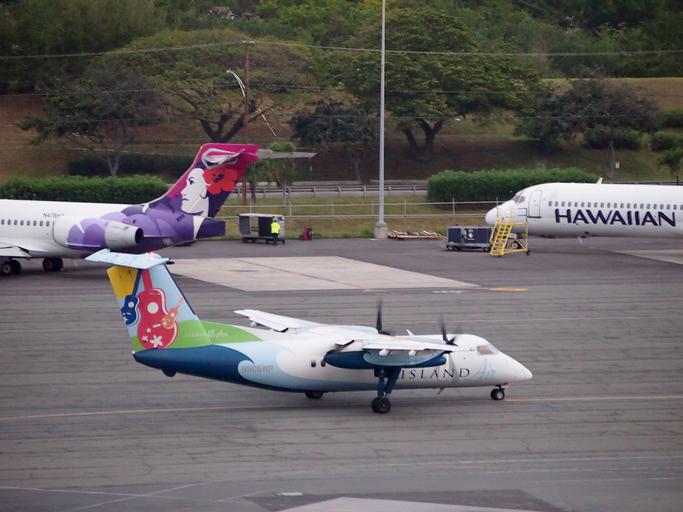 Hawaiian Airlines is a great place to start looking. The airline offers up more flights from more mainland cities than any other airline out there. But Hawaiian Airlines has a lion’s share of the market which means it can raise prices without any repercussions.

Alaskan Air is a good alternative to Hawaiian. The affordable and highly rated airline runs 160 weekly flights from eight different U.S. cities. You can look into flying to one of their west coasts jump-off points to change airlines to Alaskan. It’s a long shot but it might save you some money.

American Airlines has a massive worldwide footprint, and they can usually bring you to one of Hawaii’s main airports from any city in America. And United Airlines brings the most people to Hawaii with non-stop flights to Lihue, Honolulu, Kahului, Hilo, and Kona.

Allegiant, a lesser-known carrier, runs flights to Honolulu from Los Angeles and Las Vegas. But these flights only run in the summertime, and the airline has a menu of fees much like Spirit Airlines. But, if you pack light and depart from the right city, Allegiant may get you to Honolulu on the cheap. 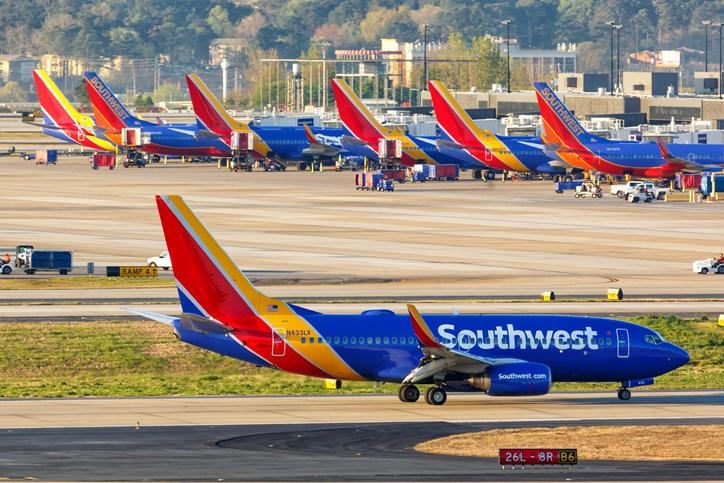 Southwest Airlines has announced flights to Hawaii from Oakland, San Diego, San Jose and Sacramento starting sometime in 2019. The airline has counters and employees in place. They are simply waiting for a regulatory review to be completed.

Southwest is a disruptive force in the airline industry. Years ago, a shrewd business move allowed the company to lock in the cost of jet fuel at a low rate. As a result, the airline has some serious perks -- two free checked bags, free flight cancellations, and changes.

The airline plans to fly non-stop from California to Honolulu, Lihue, Kahului, and Kona. And the entrance of the airline into the Hawaii flight market is sure to make prices drop as airlines compete to your benefit.

Unfortunately, airlines that already fly to Hawaii are preparing for the fare war by keeping prices artificially high. Nobody knows when Southwest’s regulatory review will be complete, but, until then, you may be paying higher prices for a flight to Hawaii.

How To Use Southwest To Save Money 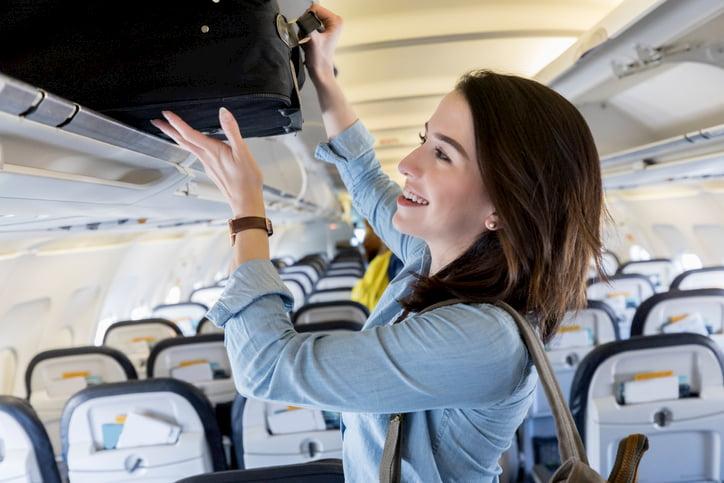 Southwest has some of the most customer-friendly policies in the industry, and these policies can save you some serious coin. Firstly, the airline does not charge for checked bags. That means you can save $25 to $50 per passenger by flying with Southwest.

But it’s Southwest’s cancellation and change policy that you can really use to your advantage. Once the airline begins operation to Hawaii, you can feel free to book right away. You can continue to check the price of flights for your vacation. If you find a lower price on Southwest, you can “change” your flight to the same flight for a refund of the unused portion. If you find a cheaper price on another airline, you can cancel your Southwest flight with no penalty.

Now, here’s the rub. You’ll only get a monetary refund if you booked the flight in the last 24 hours. Otherwise, your refund will be in the form of credit for another Southwest flight. But, if you’re a frequent traveler, that’s as good as money in your pocket. You just have to have the means to lose that liquid cash to Southwest Airlines credit.

Southwest is the only America-based airline with these friendly policies, so don’t try to pull off this stunt with any other airline. And, of course, you’ll have to wait until Southwest emerges in the market to take advantage of these policies. 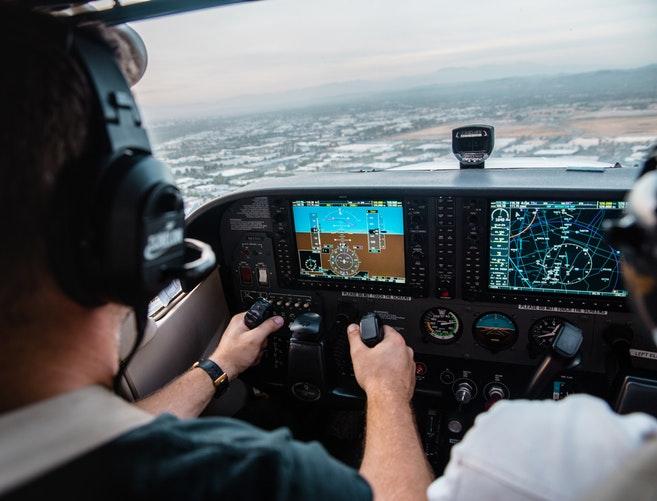 Currently, there are only two airlines that run inter-island flights in Hawaii -- Hawaiian and Mokulele. Unfortunately, Island Air recently went belly up.

But these flights are short, usually lasting 45 minutes or less, and can be rather affordable. Get far enough out ahead of the departure date, and you’ll be able to scoop a flight for as low as $69. But, if you wait, you could be paying hundreds of dollars to get the last seat on the plane.

This means you should book your inter-island flights as soon as you book your flights to the islands from the mainland. This ensures you’ll get a seat and that you’ll get the best price.

You’ll also have to pay for checked luggage, so you need to add that to your travel budget. Otherwise, flights are rather painless. The planes can be small, and the seats are thin, uncomfortable and do not recline. But, due to the thinness of the seats, you’ll have ample legroom for your short flight.

But you may have to connect in Honolulu to get to your final destination. This can add a considerable amount of time to your travel. You might even find yourself connecting in Honolulu for a flight from Maui to the Big Island. Make sure to check the details of the flight before you book to avoid unneeded layovers. 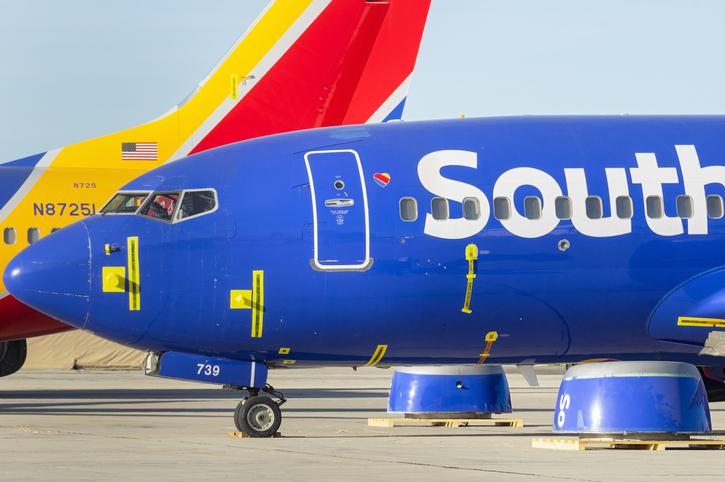 Southwest plans on running inter-island flights, as well. This should seriously disrupt the pricing of all inter-island travel to your benefit. The prices should be especially low right when the airline gets the OK from the federal government for operation in America’s 50th state. Unfortunately, nobody knows exactly when Southwest will be wheels-up for the first round of Hawaiian flights.

The emergence of Southwest in the inter-island flight game can save you some serious money and give you incredible flexibility. Unlike the strict policies of Hawaiian and Mokulele Air, Southwest allows you to check two bags, change and cancel your flights for free. This alone will save you some serious coin when it comes to checked baggage.

But it’s the flexibility that should have Hawaiian travelers excited. If you happen to like your current island, you can change your inter-island flight to a later date without paying a fee. Decide that you want to spend your entire vacation in one spot? No problem. Southwest allows you to cancel flights without a fee.

Of course, you’ll have to pay a fare difference if you change your flight. You’re also unlikely to get your fare back in the form of cash for canceled flights. The airline simply gives you credit for use on future Southwest flights, and the credit is valid for one year from the time of cancellation. But, unlike booking with Hawaiian or Mokulele, you’ll have much more flexibility with your Hawaiian vacation with Southwest Airlines fee-free inter-island flights.

When Will Southwest Finally Fly-In Hawaii?

It’s hard to predict exactly when Southwest being operations in Hawaii. The airline originally announced ambitions to run the first flights by the end of 2018. That didn’t come to fruition. Now the airline is mum on the date while experts think the airline could take to the skies as early as February 2019.

The only thing that’s certain is that Southwest Airlines will start a fare war that you can take advantage of. Prices will drop, and perhaps strict inter-island policies will change on other airlines. There’s no telling, but it should all benefit you -- the traveler.