It is said that there once was a great Polynesian civilization on the Marquesas Islands in the heart of what is now French Polynesia. But the South Pacific island’s population grew too large for the island to sustain, so a bold order was given: Brave explorers needed to leave the island in search of a new homeland.

Giant outriggers were constructed for those who would leave. The boats were blessed with coconut trees for drinking water at sea, pigs for protein and taro plants for carbohydrates. The voyagers headed out into the great blue beyond hoping for a better life.

Sometime between 300 and 600 AD, these brave Polynesians landed on the Hawaiian islands, but the Hawaiian islands looked very different back then. They were barren. Only a few endemic species of shrubs, bats and seals populated the islands. But despite the harsh conditions, the settlers thrived. The taro and coconut plants took root, and there was plenty of fish in the sea.

The early Polynesians settlers may not have known that Hawaii is the most isolated chain of islands in the world, and they would feel this remoteness over the coming centuries. Isolated from their Polynesian cultural roots, they developed their own culture of laws, mores and norms. And this incubated culture is what makes Pu'uhonua o Honaunau National Historical Park so fascinating. 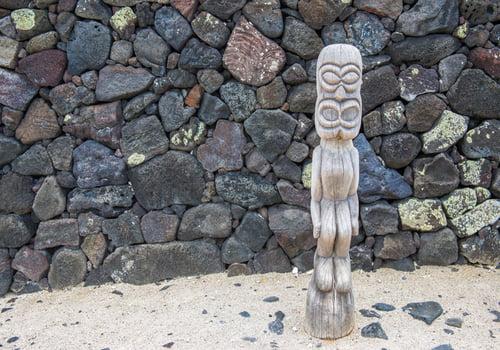 The ancient Hawaiian culture observed religion for a pantheon of gods, and the gods bestowed mana on upon the land. And it was the priest's responsibility to interpret the will of the gods. This interpretation led to the formulation of Kapu.

Breaking the kapu was often punishable by death. Hawaiian royalty employed warriors that served as police officers for the Kapu, and the death sentence handed down by these warriors came without trial. And death often came by clubbing, strangulation, stoning, burning or drowning. 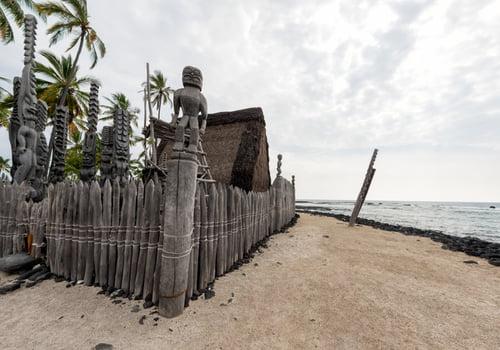 Some examples of ancient Hawaiian Kapu include:

Breaking any of these kapu was punishable by death. But, if you lived on The Big Island, there was one way to exonerate yourself from any Kapu.

The Place of Refuge 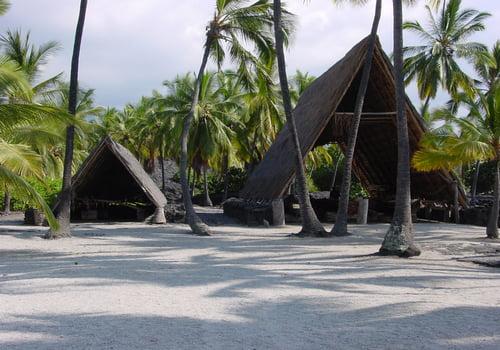 In ancient Hawaii, if you found yourself being chased by warriors for breaking kapy, then you only had one chance of survival -- you had to beat your pursuers down to Pu'uhonua inside Pu'uhonua o Honaunau National Historical Park.

Pu'uhonua means “Place of Refuge,” and it is a sacred piece of land where protecting spirits forbid violence. If you made it to the Pu'uhonua before being put to death, then the Ali’i inside the temple would perform a ceremony of absolution and you’d be forgiven for breaking kapu. You could then peacefully return to society.

And you can find this fascinating place of refuge inside the confines of the 420-acre Pu'uhonua o Honaunau National Historical Park on the west coast of The Big Island.

Getting to the park is easy, especially if you’re staying in Kona. Simply drive south on Highway 11 until you take a right towards the ocean on Keala O Keawe Road. As the road reaches the ocean, take a left on Honaunau Beach Road and you’re there.

There is an entrance fee for the park, but, if you’re staying on The Big Island, you can save a little money with the purchase of the tri-park pass. The pass is good for a year, and it gets you into Pu'uhonua o Honaunau National Historical Park, Volcanoes National Park and Maui’s Haleakala Crater National Park. 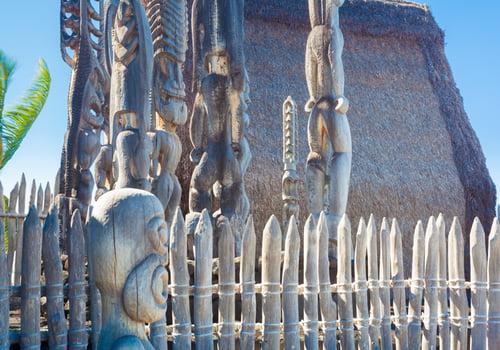 Pu'uhonua o Honaunau National Historical Park is still a sacred site for Hawaiian locals, so there are rules of conduct when you enter the park. You can view these rules as your own personal kapu, if you’d like, but you won’t be able to seek refuge if you break the rules. And you won’t have to evade warriors coming for you head. You’ll be simply asked to leave.

Treat the site with respect, and don’t wear bikinis, throw frisbees, bring beach gear, film the location, smoke, picnic, eat, drink or being pets. Simply enjoy the history and the beautiful relics from a bygone era.

You can grab a self-guided walking map that will take you through the grounds. You’ll find the Great Wall; a 12-foot-tall and 18-foot-thick barrier that marked the inside of the Place of Refuge. You wander past impressively large wooden images of ancient Hawaiian gods and a temple where the bones of Ali’i are buried. And, of course, you can seek refuge inside the Pu'uhonua.

The park also has an impressive black rock coastline. It’s the perfect place to sit, ponder the long history of the world and to soak in the culture of ancient America. After all, ancient Hawaiian history is American history. Hawaii is the 50th state in the union.

This Hilo Lava & Rainforests Adventure Doors Off tour enables you to feel the heat! Kilauea Volcano has been continuously erupting for 30 ...