This is Kauai's family beach. Located just south of Kapaa town on the east coast near the Wailua River, Lydgate Beach Park offers up a variety of activities. And it's the best place on Kauai to learn how to snorkel for beginners.

The east side of Kauai can feature some rough surf at times, but that's not something you'll have to worry about at Lydgate Beach Park. That's because a longtime Kauai resident, Albert Morgan, visited Italy as a child and had an "ah ha!" moment. 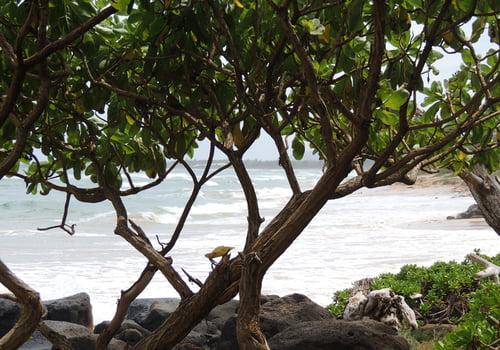 The Morgan family visited Sorrento Italy when Albert was a young boy. There, the Italian government had blocked the ocean's surf with giant boulder walls in order to make the beach a year-round destination. He took the idea home with him, and, in 1964, Morgan was able to secure $18,000 in funding from the government for a similar project at Lydgate.

Giant boulders have been craned into the water to create two different ocean swimming pools on the north side of the park. The smaller, shallow pool is known as the "Keiki" pool which is Hawaiian for Children's Pool. It's perfect for the little tykes. The larger pool is much deeper, but not so deep that you'll be in too much over your head out near the rock barrier. It's perfect for first-time snorkelers and the pool is always protected even when the ocean swells. Plus, there's a lifeguard stand to keep everyone safe at the park. 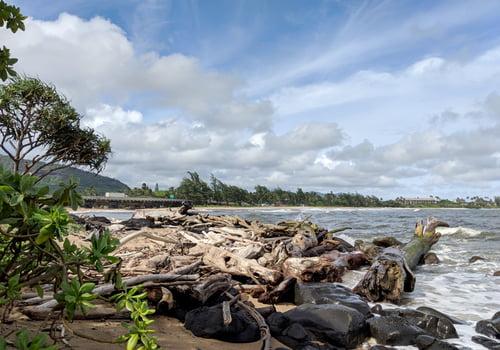 The white sand of the beach quickly gives way to a large grass area that's perfect for a frisbee, wiffleball or football. And just south of the swimming area you'll find the 16,000-foot Kalamani Playground which, in the Aloha spirit, was erected by a group of 7,000 volunteers back in the 1990's. The playground is crowned by old growth trees which give the area plenty of shade to make Lydgate Beach Park the perfect place for the entire family on a hot day.

Lydgate Park is connected to Kapaa Town by the Coconut Coast's 2.5-mile paved biking and walking path. It's a great way to see the park. Load up your bikes, head down the coast from your Kapaa hotel and have a day at one of Kauai's most popular beaches. As a bonus, you're almost guaranteed to see tropical fish in the big protected pool. Bring your snorkel gear.