Hawaii became America’s 50th state back in 1959. That’s not that long ago. That means Hawaii had an independent government all the way up until the late 50’s, and you can see the former seat of this government in the heart of Honolulu at the Iolani Palace. 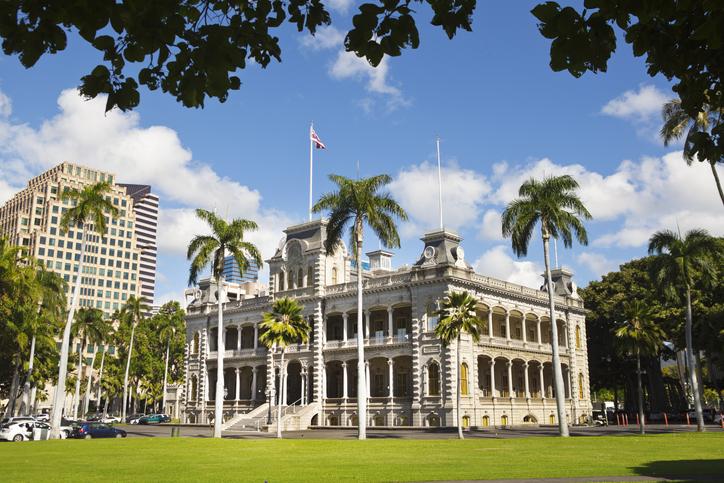 This beautiful palace was built back in 1882 by King Kalakaua. It remained the hub of Hawaii’s political and cultural life until the overthrow of the monarchy in 1893. This makes the palace the last official royal residence of the last official monarch, and Hawaii had a long line of kings throughout the centuries.

The grounds of the palace date back even further. The famous King Kamehameha III claimed the grounds and built the first official royal residence back in 1845. It served five different kings before being replaced by a more modern building in 1882.

Now the palace has been restored to its former glory and serves as a museum. You can visit the museum from Monday to Saturday from 9:00 a.m. to 4:00 p.m. The museum is only occasionally open on Sundays for an event known as Kamaaina Sunday.