Captain James Cook is legendary nautical figure. He was commissioned by the Royal British Navy to explore vast swaths of the Pacific Ocean. He is the first European to lay eyes on many of the Pacific’s most beautiful isles, such as The Cook Islands in the South Pacific, and his memory persists today.

You’ll find a few different monuments to the explorer on the Hawaii islands, but none are as important as the statue that sits along the north shore of the Kealakekua Bay on The Big Island. That’s because this monument, surrounded by tropical fish and colorful reefs, marks the very spot where Captain Cook died. 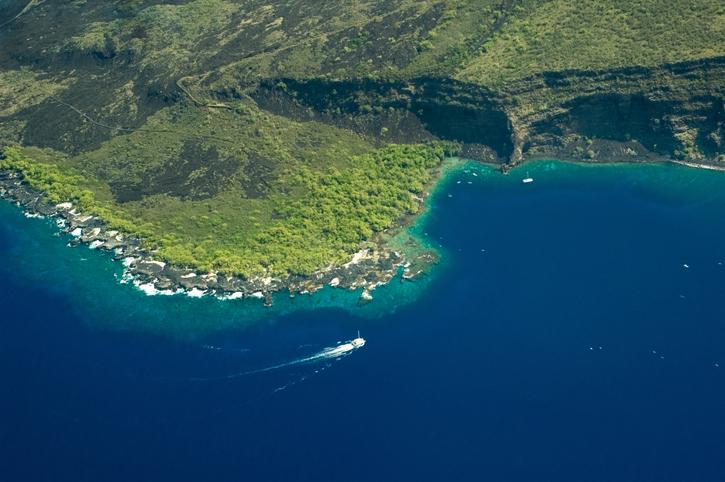 Here’s how the story goes. Captain Cook first stepped foot on the Hawaiian islands in 1778, and when he did, he made peaceful contact with the people of Kauai. Soon after this initial contact, he set sail to continue his explorations. And he informally named Hawaii the “Sandwich Islands” after the Duke of Sandwich.

One year later, he returned to Hawaii. This time, he landed at Kealakekua Bay and was unexpectedly treated as a God-like figure. Cook made landfall during a spiritual holiday, and the mast of his ship resembled symbols of the Hawaiian god Lono. Despite being treated like royalty, Cook set sail yet again only to have his mast break. He returned to that fateful bay for repairs, and everyone grew restless.

The crew was weary, and the locals were beginning to think Cook was not a god. That’s when one of Cook’s small ships was stolen. Known as a cutter, these small boats brought the crew to shore from the anchored ship, and they were very important to Cook. Infuriated, he stormed into the village to kidnap the King of The Big Island as ransom for the return of his cutter.

He initially took the King by the hand in a friendly manner, and the King went with Cook willingly to the shore as Hawaiians began to gather around the scene. Cook began to guide the king into a cutter, and a Hawaiian priest started a chant to call more locals to the beach. Soon, the King realized Cook’s not-so-friendly intentions. That’s when Captain James Cook, the famous British explorer that had made three trips around the Pacific, was killed. A villager hit him in the back of the head, and he as stabbed to death by an angry crowd as he fell into the surf. He was a god no more. 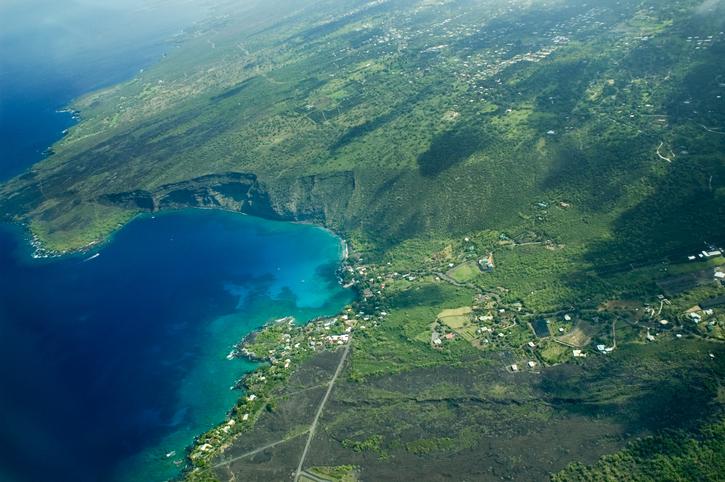 A monument marks the spot where he fell, and it is not accessible by car. You’ll be amazed at how they built the statue with no roads. You’ll have to take a tour boat, kayak or hike to the monument to pay homage to the captain and to snorkel this unforgettable location.

The snorkeling here can be a bit dangerous. The area gets deep just off the shore. In fact, it’s so deep that you cannot see the bottom in some areas. And to the left of the monument, you’ll find the open ocean. It’s recommended that you stay to the right of the monument where the reef gets wider. It’s more colorful over here, and you’ll be able to see more fish.

There are plenty of boat tours that take you to this incredibly beautiful location full of green sea turtles. Or you can rent a kayak, dock the kayak at the monument and snorkel yourself. Or you can choose to hike. The hike takes you down a closed 4x4 dirt road, and the trail begins high above the monument on the cliffs. It’s two miles one-way, which makes it four miles round trip, so only challenge the hike if you’re confident in your fitness because you’ll be tired before you hit the water. And there are no lifeguards at this remote snorkeling destination.

Come to the Big Island of Hawai'i for a romantic beach wedding or vow renewal.. -> Location: Pahoa