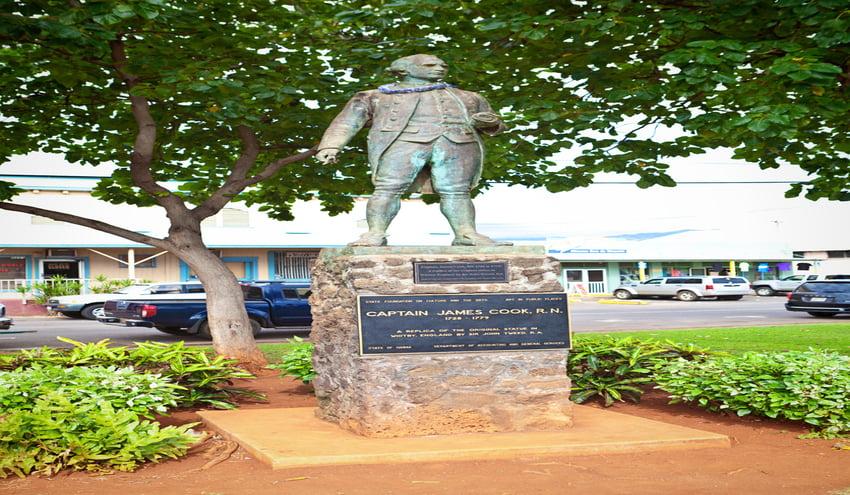 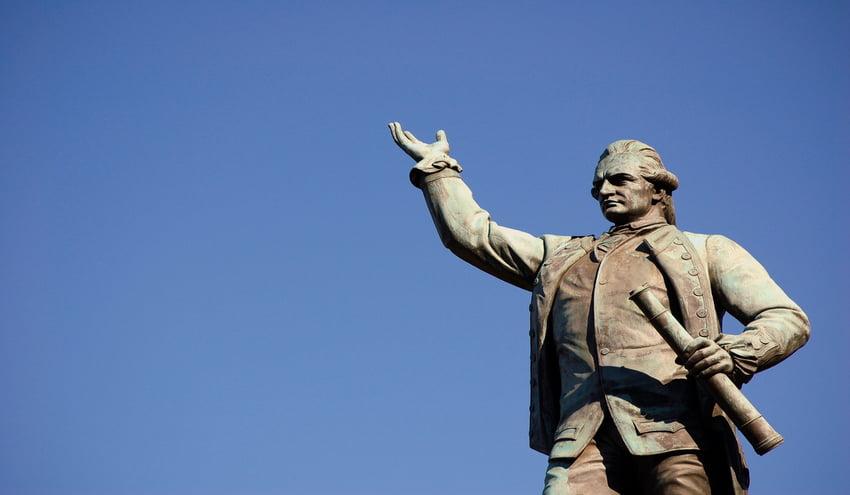 Captain Cook, not Captain Hook, was an explorer and cartography for the British Royal Navy back in the mid-1700’s. He’s world famous for his travels, and you’ll find statues of the explorer all over the world. He even has a country named after him in the South Pacific -- The Cook Islands. 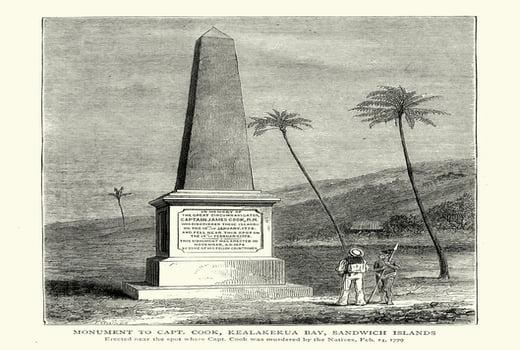 James Cook was the first European to set foot on the Hawaiian islands. In the winter of 1778, he made landfall on the leeward side of the island of Kauai, and you can now find a statue of the sailor in the nearby town of Waimea. He named Hawaii the “Sandwich Isles” after the Duke of Sandwich before continuing his explorations of the Pacific Ocean.

He would return to the islands in 1779. This time, he would make landfall on the Big Island at Kealakekua Bay. And he would be welcomed as a god.

The mast of his ship looked to the islanders like the symbol for one of their gods, and the island just so happened to be celebrating that god at the time of his arrival. They welcomed him as an immortal, and they feasted Cook and his crew. But, much to the native’s dismay, Cook needed to continue on his journey.

Captain Cook departed the Hawaiian islands safely and successfully, but, shortly after leaving Kealakekua Bay, the ship’s mast broke. Cook and his crew were forced to limp back to Hawaii to make repairs, and the crew grew antsy while the locals began to question Cook’s god-like status. 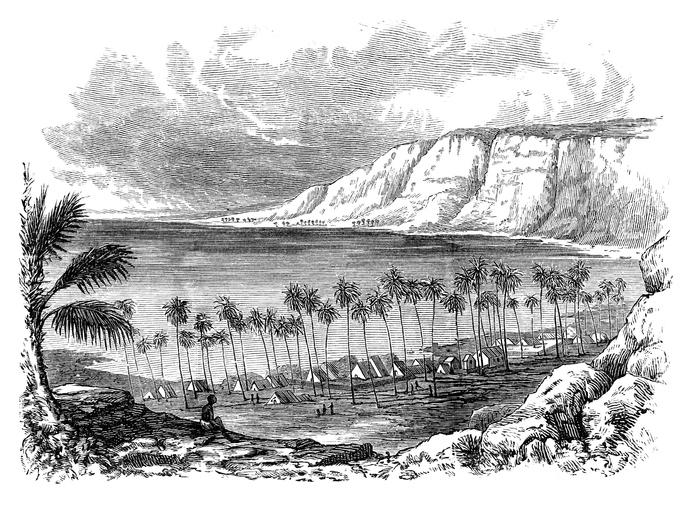 One fateful day in Kealakekua Bay, he discovered that one of his cutters had been stolen by the locals. A cutter is a small boat that ferries people and goods to shore from an anchored ship. Cook grew irate, and he stormed back into the King’s village.

The Captain took the King by the hand. Originally, the King went with the Captain willingly. Cook’s plan was to kidnap the King in order to hold him ransom for the return of his cutter, but the islanders began to catch on to the Captain’s nefarious intentions. A crowd began to gather in the bay, and a priest began chanting in the distance. The scene was set.

By this time, the relationship between the islanders and the ship’s crew had strained. The Englishman had shot a lesser chief to death while they were heralded as gods, so the gathering crowd in Kealakekua Bay started hurling rocks. The crew of Cook’s ship, the Resolution, began firing at the crowd. A melee broke out.

Captain James Cook, world-renowned sailor who was once heralded as a god, was struck in the head. He fell to the surf, and, as he landed, was stabbed to death by the angry mob. In retaliation, the crew of the Resolution continued firing at the crowd and the ship’s cannons opened fire. It’s estimated at 30 Hawaiian natives died, and the crew of the Resolution sailed back to England with the bad news. Britain’s Pacific explorer had died. 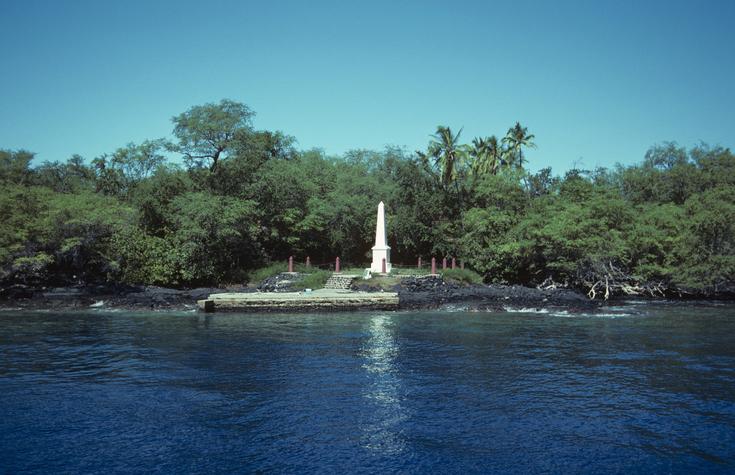 A massive memorial now stands in the beautiful Kealakekua Bay where the famous explorer fell. Surprisingly, the 27-foot white obelisk was erected all the way back in 1878, nearly 100 years after Cook’s death.

The monument is breathtaking. Its stark white stone stands in contrast to the bay’s tropical colors. Turquoise blue water sparkles below the monument while verdant green vegetation grows out of a red dirt cliff behind it. It’s a sight to see.

And when you lay eyes on the monument and the bay, you might just wonder how the monument was erected in the first place. There’s simply no visible way to get there save for a kayak. The monument stands on a lava rock ledge at the base of a cliff. You’ll either have to swim, boat or hike to the monument if you want to see the century-and-a-half old statue up close. 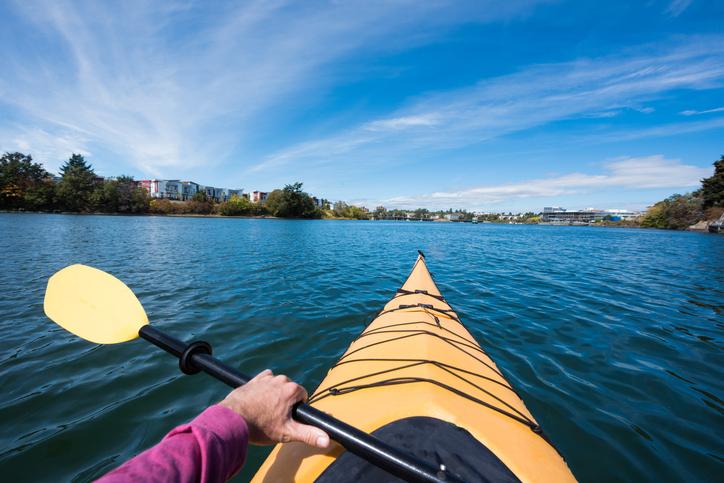 You can choose to kayak to the monument, but paddling out into the bay can be dangerous. There is a strong current inside the bay, and many kayakers end up getting cut by coral or lava rocks. It’s best to go early in the morning as the water tends to be at its calmest. In the afternoon, the bay can get choppy and difficult to navigate unless you have lots of kayaking experience.

You can join a kayak tour group. This is the safest way to kayak to the monument as you’ll be guided by an experienced operator, and you’ll have safety in numbers. 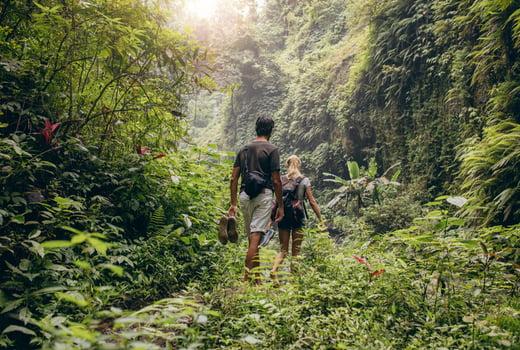 There is a trail behind the monument that takes you down a cliff to the basilisk. The trail can get quite steep and there are plenty of rocks, so you’ll want to wear sturdy shoes. Again, it’s best to go in the morning when the sun is manageable and the air is a bit cooler. After all, you’re on the Kona coast of the Big Island. This is where it tends to be dry and very hot.

There are no hiking tours to the monument, but, if you set out on foot, you can expect the hike about two to four hours on a trail that stretches for 4.2 miles (2.1 miles each way). Make sure to bring plenty of water, strap on sturdy hiking shoes and wear protection from the sun. Apply coral-safe sunscreen every two hours. 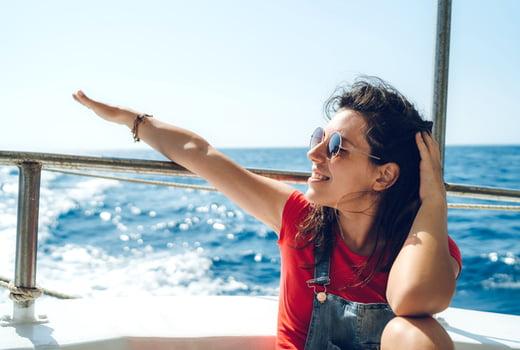 The boat tour is the easiest way for you to get to the monument safely. It’s also the easiest and safest way to enjoy the snorkeling at the foot of the monument inside the bay. Dolphins, sea turtles, manta rays and a myriad of tropical fish are commonly seen in the bay’s crystal clear waters. Unfortunately, there are a variety of hazards that stand in your way.

Fortunately, the tour boat eliminates all of these hazards for you. You don’t have to worry about the lava rock scraped and coral cuts that others tend to suffer trying to get into the water from the monument’s lava shelf. Instead, you can jump right off the boat into the water without worrying about the rocky coast.

If you are brave enough to climb out of the water onto the lava shelf, you’ll be treated to the writing inscribed on the monument. It reads:

“In memory of the great circumnavigator, Captain James Cook, R. N., who discovered these islands on the 10th of January, A.D. 1770, and fell near this spot on the 14th of February, A.D. 1779. This monument was erected in November A.D. 1874 by some of his fellow countrymen.” 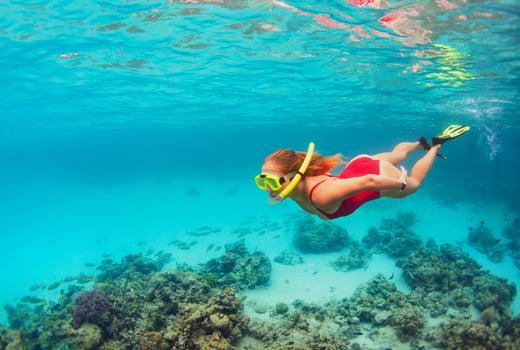 Kealakekua Bay is a popular place for snorkeling, and the best snorkeling just so happens to be right in front of the monument itself. The water here will be well over your head, and it only gets deeper the further you go out into the bay. If you aren’t confident in your swimming skills, then you should wear a life vest or other flotation device while you enjoy the bay’s marine life.

And you should always wear a good pair of water shoes in Kealakekua Bay to avoid the sharp lava rocks, sea urchins and coral. Otherwise, you’ll be stepping gingerly on around the monument which will only increase your chances of a nasty fall. The shoes will also give you a good grip on the glassy volcanic rock.

Make sure to keep your wits about you when you snorkel. Pop up every couple of minutes to make sure you’re not drifting too far from the coast. You’ll also have to look out for the boats and kayaks that like to drift near the monument. And, as always, do not touch sea turtles. It is against the law, and the oils in your skin can damage the animal’s shell.

Volcanoes National Park sits on the southeast side of The Big Island, and, for decades, it was the most reliable lava viewing location in ...